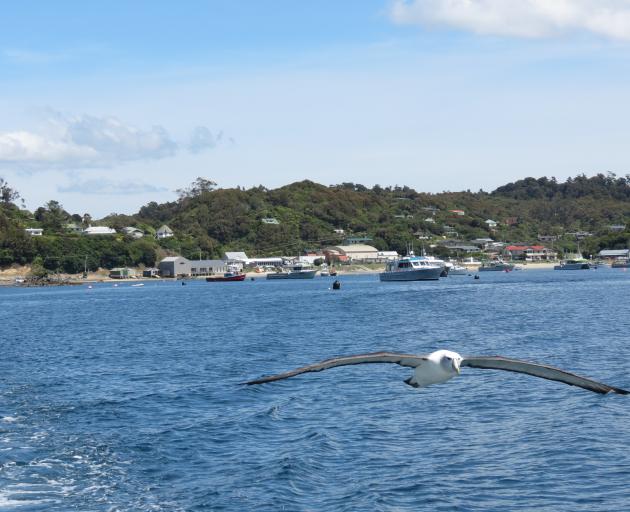 Stewart Island businesses are optimistic about the Government’s $3.16million grant from the Provisional Growth Fund to support sustainable energy. PHOTO: LUISA GIRAO
The Government's $3.16 million sustainable energy grant will benefit Stewart Island's tourism industry "big time" and tackle electricity prices that are up to three times what is paid on the mainland, it has been suggested.

"Stewart Island is our third-largest island, after the North and South Islands, and it is high time we addressed its energy future.

"Its isolation means it faces challenges to its sustainable economic development."

Stewart Island Backpackers owner and chairman of promotions Aaron Joy said businesses on the island had not been able to "enhance visitor experience" because of the cost of electricity.

"Power and heating has been a phenomenal expense for us. At the moment we're totally reliant on hot water and the heating system running on diesel, which is incredibly expensive."

The island is now powered by up to five diesel generators, which consume about 360,000 litres of diesel per annum, and costs are on the rise.

Stewart Island residents are estimated to be paying three times as much as mainlanders for power.

Mr Parker said wind turbines would be the most economic and environmentally sustainable option as an energy source.

"It provides a renewable energy source. It is estimated to reduce diesel use on the island by half, which will enable the price of electricity to be stabilised."

The turbines were expected to improve "economic resilience" and business viability, increase productivity and encourage businesses to remain on the island.

Mr Joy said stabilising the cost and the potential for a decrease in bills would allow businesses to look at alternative sources of energy, such as heat pumps.

If electricity costs went down, he would consider lowering accommodation costs at the backpackers, as well as setting up a laundry and spa service.

"We are very, very grateful to Minister Parker, who has taken Stewart Island on board. He has really got stuck in."

There had been about 19 reports done on potential alternative energy sources over the years, but nothing had ever come of them, he said.

"Now it's action, instead of just another report."

"It's very positive from central government. That level of investment into Stewart Island, which is a very small community, is substantial."

The wind turbine project would come at no cost to Stewart Islanders or Southland District ratepayers, Mr Kremer said.

"It's really a win-win for the community here."

The acting mayor said it was too soon to comment on the turbines' planned location or how long it would take to install them.

The grant was expected to cover the costs of the pre-development phase and the construction of the turbines, providing more jobs for residents in the process.

"Wind energy is a clean fuel source compared to other energy sources. It does not pollute the air or produce greenhouse gases."