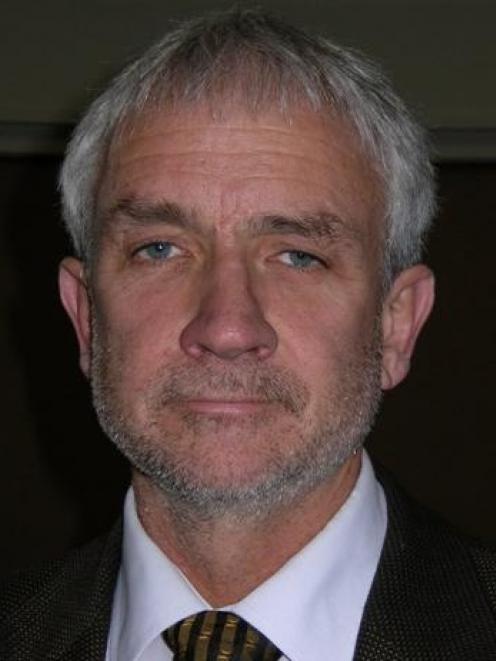 Ewan Carr
Another round of court action is being considered by one of the groups fighting to prevent wind turbines from sprouting on Otago and Southland hills.

The Upland Landscape Protection Society learned this week that the High Court had struck out its bid for a judicial review of resource management processes used for Meridian Energy's Project Hayes and TrustPower's Mahinerangi Wind Farm.

Society spokesman Ewan Carr told the Otago Daily Times yesterday the society's executive would meet sometime in the next week to decide if an appeal would be lodged.

The society had sought the judicial review claiming errors by the three local authorities that approved the wind farms - the Central Otago and Clutha District Councils and the Otago Regional Council.

The society's lawyer, Stephen Rennie, had argued that the local authorities did not have "adequate, sufficient and reliable" information before publicly notifying the resource applications for the two wind farms.

"If the public were misled, then the process of public participation has been dislocated," Mr Rennie said.

The society contended that photographic simulations provided by the power companies "did not truly" represent the size of the wind farms and their effects on the environment.

In a reserved decision released this week, Justice John Fogarty found, however, that there was "no reasonable argument" for review.

"The fact that reasonable persons may differ on adequacy does not mean and cannot mean that the local authority has fallen into reviewable error."

He declared the judicial review proceedings "struck out".

In response, Mr Carr said yesterday: "The judge is effectively saying that you can go off and file your application for a resource consent and as long as its got a pretty picture on it then it's OK."

Judge Fogarty also ruled that all the defendants - the three councils and the two power companies - were entitled to costs on a 2B basis.

Inquiries at the High Court have revealed that the failed court attempt could cost the society up to $10,000 per defendant.

TrustPower spokesman Graeme Purches told the Otago Daily Times yesterday that the society's use of the justice system to fight the wind farms was costing power companies, ratepayers and taxpayers millions of dollars in legal fees and court time.

He said he was delighted the judicial review had been struck out.