Staged outbreak at Rhythm and Alps to test Covid readiness 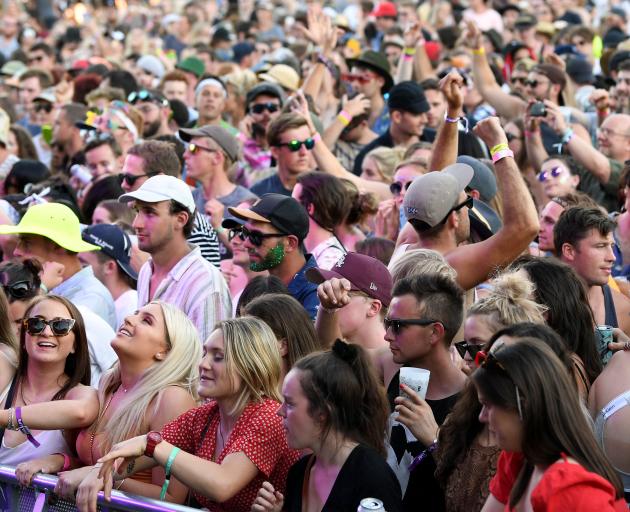 The exercise in Queenstown is part of a series of events staged by the Southern District Health Board as it plans for an expected influx of thousands of people into the region over Christmas and New Year. Photo: Stephen Jaquiery
A hypothetical Covid-19 case at the Rhythm and Alps music festival in Wanaka is to be played out by Southern health officials today as they prepare to keep the region disease-free this summer.

The exercise in Queenstown is part of a series of events staged by the Southern District Health Board as it plans for an expected influx of thousands of people into the region over Christmas and New Year.

The Government yesterday announced national plans should Covid-19 reappear in the community over summer, which would include possible lockdowns of camping grounds or events.

SDHB medical officer of health Susan Jack said that for several weeks public health workers had been working with organisers of large events in the region to make sure those who attended were safe.

"Today we meet with the Rhythm and Alps organisers and other stakeholders so that we will all be totally prepared should a case or close contact occur at that festival," Dr Jack said.

New Year’s Eve celebrations in Queenstown and Wanaka, which usually attract thousands of holidaymakers, would also be watched, she said.

"We are working closely with WellSouth to ensure GP practices are very aware.

"We strongly encourage people to have a lot of QR codes up and for people to sign in, and in addition we are in close contact with event organisers and expect we would be able to get a list of attendees within a couple of hours."

"We have St John, Civil Defence and everyone along to talk about worst case scenarios and what we would need to do," Dr Jack said.

"By doing this exercise, should this unlikely event happen, then we will be ready to go."

Testing would be available across the South for anyone who had symptoms, and anyone who felt unwell should get tested and then stay home, she said.

Health Minister Chris Hipkins said yesterday Ministry of Health, district health boards, the Defence Force and police would have staff ready to work if needed, and laboratory testing capacity had been confirmed.

He was confident border restrictions would keep the disease out, but the Government had to have a plan should something go wrong.

Finance Minister Grant Robertson yesterday announced a new "resurgence support payment" would be available to help affected businesses should the Covid-19 alert level move to 2 or higher, and that other business pandemic support packages would remain available if needed.