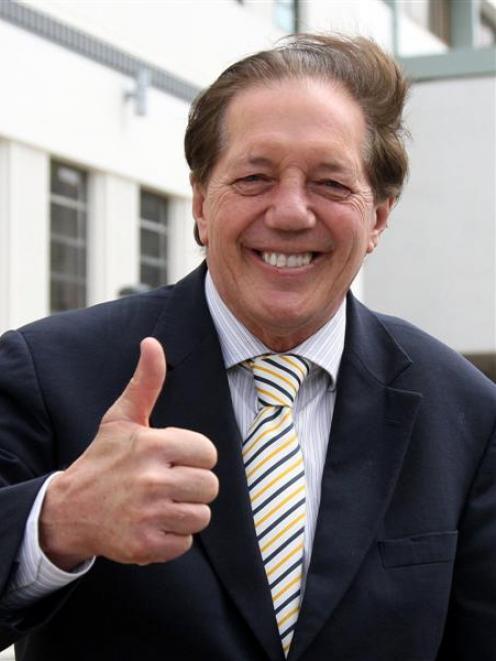 Tim Shadbolt celebrates as he is re-elected as Invercargill Mayor. Credit:NZPA / Dianne Manson.
Despite a term plagued by infighting among city councillors, New Zealand's longest serving mayor, Tim Shadbolt, has won the Invercargill mayoralty race for the sixth time.

Results announced about 2pm today showed Mr Shadbolt's victory was a landslide, with 16,275 votes. He was well ahead of his nearest rivals Suzanne Prentice with 5311 votes and Carl Heenan with 669 votes.

With the slogan "Time for a change'', Ms Prentice was tipped to give Mr Shadbolt a run for his money in the election. However, her inexperience in politics showed and voters chose to stick with the incumbent mayor.

Mr Shadbolt said he was relieved with the result and thanked the people of Invercargill for their support. However, he was also saddened to see many sitting councillors not re-elected.