A fast start has propelled the South Pac Magic to an opening-night win.

It pushed hard in transition to rack up an 11-0 lead, eventually emerging 59-41 a winner over the Andy Bay Falcons Tahi as Dunedin women’s club basketball began on Tuesday.

The Magic generated plenty of baskets early, the majority coming from its stops at the other end.

The Falcons struggled to navigate South Pac’s 2-3 zone to start with, while the Magic’s inside duo of Natalie Visger and Lisa Wallbutton locked up the boards.

That enabled the guards to leak out in transition, where they were too fast for the Falcons’ defence initially.

At 11-0 Falcons guard Jordyn Chin (15 points) began generating some scoring to get their offence going. But it was a start the Falcons could not pull back from.

The Magic continued to push in transition, as the score ballooned to 34-16 at halftime.

From there the Falcons worked their way back into the game, as a depleted Magic team began to slow.

Chin continued to find ways to score, while the Falcons’ young contingent was able to chip in to keep the score ticking over.

However, the Magic held its lead.

Wallbutton, who showed her class both around the hoop and from mid-range, poured in most of her game-high 17 points in the second half.

In the night’s other game Varsity Gold beat Falcons Rua 59-42 — both teams playing their first game in A grade, replacing the two school-based teams that have played in recent years.

Aimee Lynch top-scored with 15 points for Varsity, while Tyra Jamieson chipped in with 14.

Cathleen Anderson and Erica Blundell had 12 points each for the Falcons.

Ajax defaulted to Varsity A due to Covid-19. 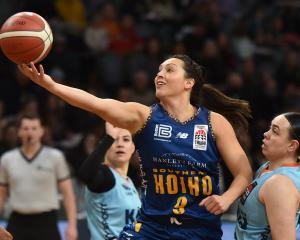 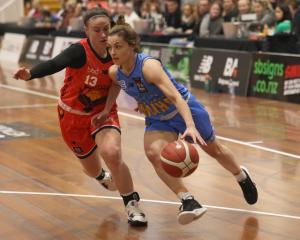 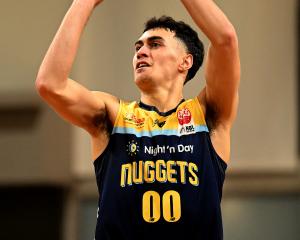 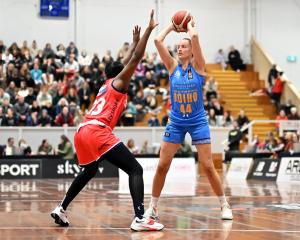