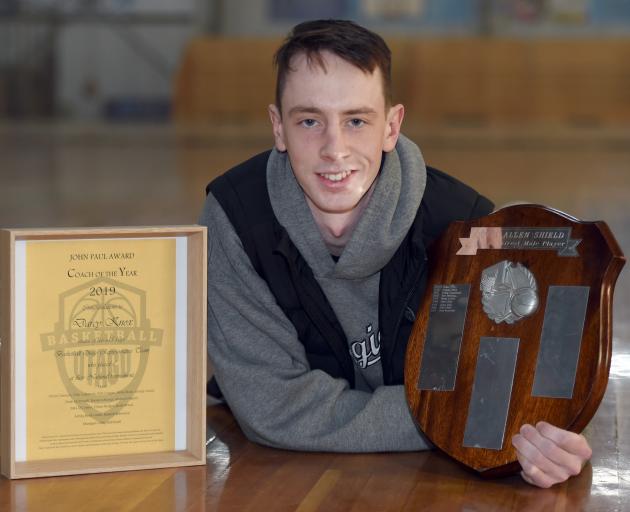 Darcy Knox relaxes at the Edgar Centre yesterday with the coach of the year and men's club most valuable player trophies. Photo: Gregor Richardson
Darcy Knox has completed an impressive double.

Last Thursday he was named Basketball Otago's coach of the year.

Two days days later, he was awarded the most valuable player of the men's club league.

That came after hitting the winning free throw in the Mid City Magic's 89-88 win over the St Kilda Saints in Saturday's final.

It is impressive haul for the 24-year-old.

He said winning both was still sinking in although admitted it felt ''pretty good''.

''I didn't not expect them, but I wouldn't have been angry with not getting them or both.

''We've got some really good coaches here, and players here as well.''

Knox was influential on Saturday as he took control when the Magic faced a 13-point deficit midway through the third quarter.

He used his speed and skill to score 10 points in a row to reduce the margin.

As the game reached its climax at 88-88, Knox found his way to the foul line - and hit the winning free throw - with two seconds to play.

Perhaps it will offer some inspiration to the next generation too.

For the past three years, Knox has coached the Otago under-15 boys team, as well as at Otago Boys' High School.

He also ran a morning academy from August last year through to July three times a week.

Up to 30 players attended and he would complement that with individual and team sessions.

He was not just there to coach the top players either.

The sessions were open to ''whatever boys wanted to come and get after it''.

His inspiration for that came from a previous Otago player and coach.

''When Mark [Dickel] took the academy years ago it started off with the elite kids. Then he opened it up to everyone.

''When he did that there were kids who really started from the bottom who weren't very good, but loved the game and wanted to get after it.

''They ended up becoming really good players, the likes of Josh [Petermann] and Benoit [Hayman]. ''They weren't good to start with, but they just loved the game and they were there every day.

''Just because a player's not good now doesn't mean they can't be great later.''

It was there he found his joy, seeing the progress of the players was more important than winning.

Those who turned up consistently and put work in had improved noticeably.

He felt that mentality was key to Otago's success.

Despite that, playing remained his strongest love.

''Coaching is just different, playing gives you so much.

''Maybe further down the line coaching will overtake it, but for now it's playing.''

He will be back in Dunedin next year as he looks to complete his computer science degree at the University of Otago. 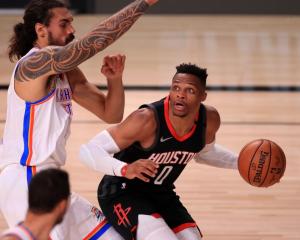 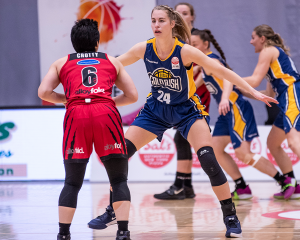