NBL deciders: which side will emerge champion? 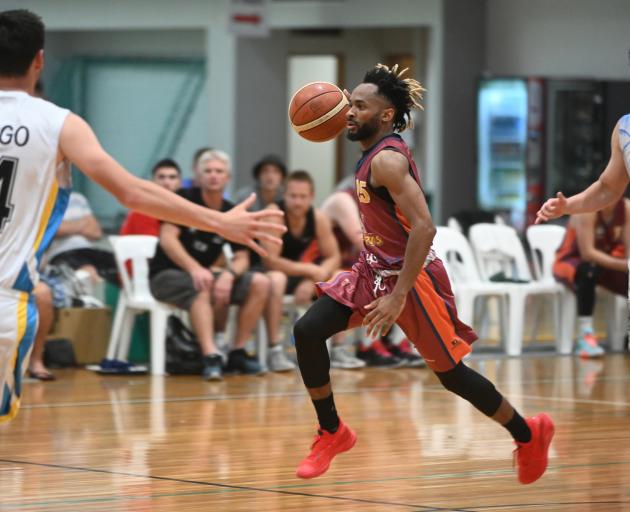 Southland Sharks guard Tinashe Matambanadzo. PHOTO: CHRISTINE O'CONNOR
As the National Basketball League final four tips off in Christchurch today, Jeff Cheshire looks at how the matches might play out.

There are a many parallels to last season in this match-up. A year ago, the Sharks toppled an undefeated Saints side in the final to win the trophy. But this time the Saints are stronger and the Sharks are considerably weaker. It is difficult to see the Saints losing. They have the best import in the league in Nick Kay. In Tom Abercrombie, they have the league's only Tall Black starter. You can add to that a whole host of stars in every position - Shea Ili, Reuben Te Rangi, Jordan Ngatai, Rob Loe. They can score in any way and do virtually everything else at a high level, as well.

The Sharks have battled injury, although they have returned to form of late. Centre Alex Pledger gives them a strong inside presence, while Australian duo Jarrad Weeks and Todd Blanchfield are perimeter threats. If they are going to win they will need the remainder of their Kiwis to have big games.

It will be a case of big offence against big defence in this match-up. The Hawks have scoring threats all over the floor. They push the ball well in transition and are deadly from deep. Their stars are well-rested too, having not travelled in last week's trip to Hobart to play the Southern Huskies. Imports EJ Singler and Brandon Bowman are tough to cover, while Ethan Rusbatch is one of the best Kiwi scorers going around.

The Rams have the advantage of playing at home and are led by Australian forward Cam Gliddon. Defensively they are well-organised and make their opposition work hard for open shots - expect American Isaiah Wilkins to be key there. It is hard to pick a winner, although the home court may get the Rams over the line.

Again it is tough to see the Saints losing, whichever way the second semifinal goes. The Rams have proven the most adept at slowing them down this season. However, Wellington's depth of talent should be too much. It would take a massive effort to deny them an 11th title.