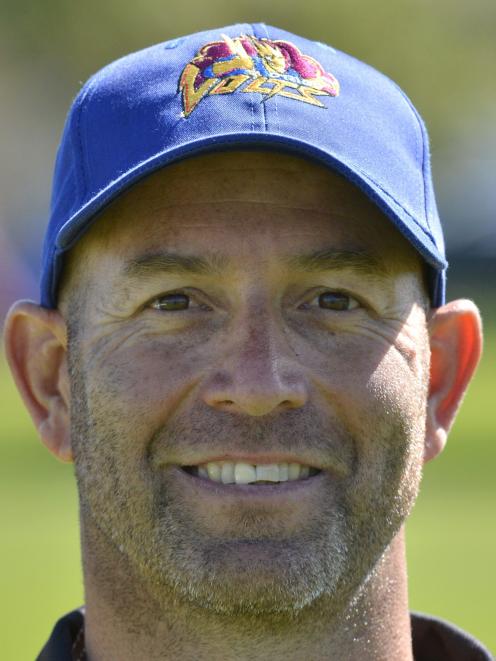 Rob Walter
If it all starts to go horribly wrong Otago will know just what to do.

Easier said than done but the Volts have built up some resilience.

They clawed their way into the one-day final against Auckland at Eden Park Outer Oval tomorrow with a series of clutch results.

Two weeks ago, their playoff prospects were one tug away from unravelling completely.

They needed to beat the top two sides to stay in contention. They defended well against Canterbury and then smashed Auckland by 210 runs.

Thursday’s elimination final against Canterbury at Hagley Oval did not go to script. There were plenty of crossed fingers and holding of breath during the final few overs.

There was also a flurry of wickets. The Volts took five in the last four overs to secure an unlikely six-run win.

It was a victory for tenacity as much as anything else. It was also another nod in the direction of the blueprint.

The Volts have won six of the seven games in which they have batted first.

So while Otago’s impressive top order has soaked up most of the accolades, it has been the Volts’ underrated bowling attack which has had to finish the matches.

Seamers Jacob Duffy and Nathan Smith have been in good rhythm and were superb in the elimination final with three wickets apiece.

"I think this will go a long way to reminding people that they have actually closed out games a number of times now," Volts coach Rob Walter said.

"They are starting to really understand that role. It can be a thankless task [bowling at the end of a game]. It is the toughest job in the game and they manage to keep delivering which is awesome."

The Volts have yet to win a game when chasing a total. But Walter is confident his side can win when called on to bat second.

"I think it is the way we do it better because we have just done it more. And to get to the playoffs we had to go to our strong suit, so that is why we have batted first.

"But with the quality of our batting line-up and the depth of it, we have to back ourself chasing."

Otago has not made any changes from the squad which fronted for the elimination final, while Auckland is expected to welcome back Black Caps Martin Guptill, Glenn Phillips, Kyle Jamieson and Mark Chapman.

The home team can also call on Colin Munro and Lockie Ferguson, so it has a formidable line-up.