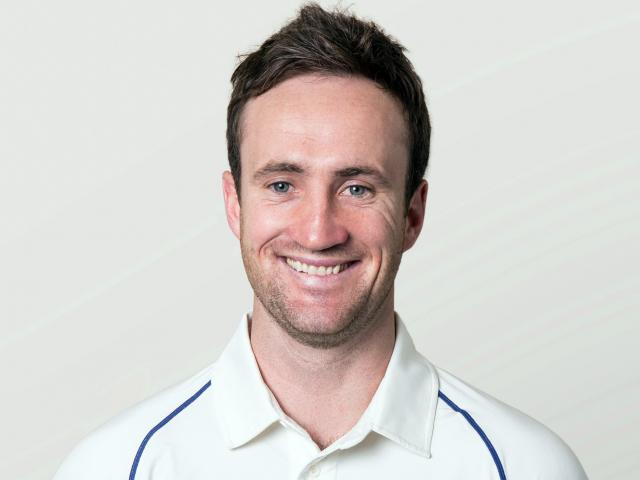 But there is one name on the list that is more enduring than any other — Neil Broom.

The veteran right-hander began his career in Canterbury in 2003 but transferred south for more opportunities in 2005-06. He returned to Canterbury for a season in 2014-15 but has otherwise been part of the furniture around the Volts camp.

Broom has been awfully productive during that time. The 36-year-old is Otago’s leading scorer in one-day cricket with 3597 runs at an average of 41.82.

He has also scored more list A centuries (8) than anyone else for Otago — two of them have been this season.

He will be a heavily-prized wicket for Canterbury but good luck getting him. He scored a 104 in his last knock and has three half centuries to go with his two tons during the tournament.

But there is perhaps another reason while Broom will shape as a key player for the Volts — he remembers what is like to hold the one-day trophy aloft.

He is the only survivor from the Otago team which won the one-day tournament in 2007-08.

The Volts had to beat Canterbury in Christchurch and then Auckland at Eden Park Outer Oval to claim the prize and end a 20-year title drought.

‘‘Baz was charging down the wicket at everyone, including Bondy [Shane Bond] that year,’’ Broom recall.

Broom batted at No6 that season and chipped in during the semifinal win against Canterbury with a rapid 41 not out.

He was padded up to come in next during the final but was not needed. McCullum smashed 170.

Broom is a more vital cog in the batting line-up these days but even after 17 years as an elite cricketer he is still working on his game.

‘‘During the winter I had an extended period working on my game and developing shots that I haven’t played in the past.

‘‘I probably didn’t think I needed to play them like the reverse sweeps and that sort of stuff.

‘‘But when you can play those shots it opens up a lot of different scoring options. And bowlers don’t like you playing them.’’

Otago has been bolstered by the return of New Zealand A trio Michael Rae, Nathan Smith and Hamish Rutherford, while Canterbury get left arm seamer Ed Nuttall back.

Play gets under way at 11am.