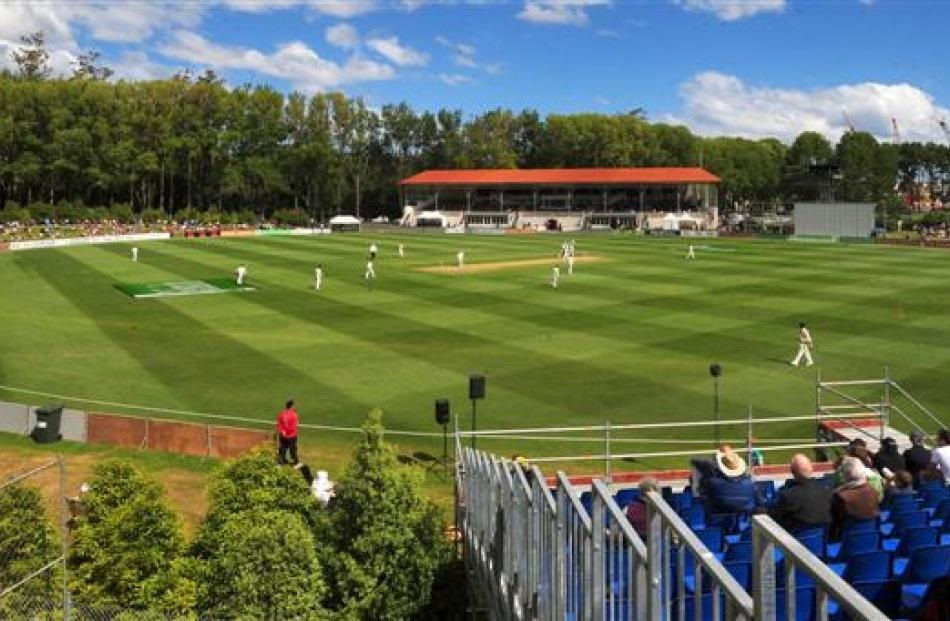 The University Oval will host four round-robin games.
The defenders, the contenders and the pretenders are all destined for Dunedin next year.

England are the defending champions, and they will be in Dunedin on February 13 for their game against a yet-unknown qualifier.

The White Ferns will also play a qualifying side here on February 9, while South Africa will also make the journey south for a game against a qualifier on Valentine’s Day.

The opening game at the venue will be between two qualifying sides on February 7.

There is lots of good cricket to look forward to, but perhaps the most keenly anticipated round-robin match will be the transtasman match between New Zealand and Australia at the Basin Reserve on February 13.

The White Ferns will return to Wellington for a match against a qualifier on February 25.

They also have a key clash against England in Christchurch on February 28.

The home team will also play at Eden Park, Seddon Park and Bay Oval during the tournament which features 31 matches, and eight nations and runs from February 6 to March 7.

White Ferns captain Sophie Devine was in Wellington for the tournament launch yesterday and said she was excited about the match against Australia.

“It’s a match we absolutely fizz about as players — taking on the Aussies is always a huge thrill,’’ she said.

“Playing in a World Cup against our arch-rivals in my home city will be an unreal feeling.’’

Prize money for the tournament will total $NZ5.5million, and all matches will be broadcast live to a huge global audience.

“The ICC has made a long-term commitment to elevating women’s cricket as part of our strategy to grow and develop the global game,’’ Sawhney said.

“We want to build a sustainable foundation for women’s cricket.

‘‘It is about building a product that fans want to watch, that kids want to take up, that sponsors and broadcasters want to be part of.’’