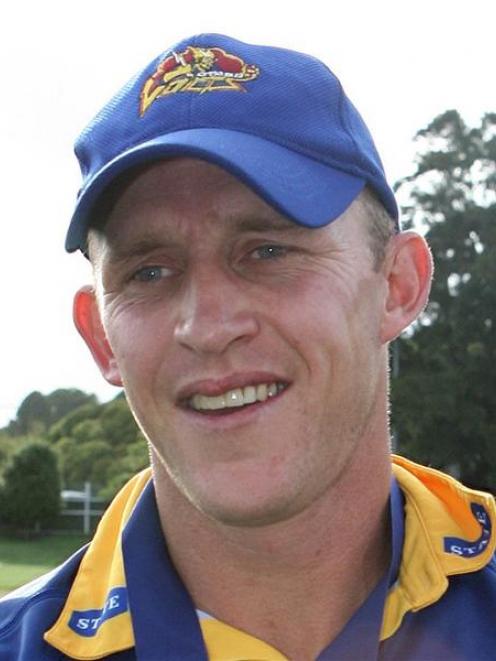 "My whole focus this year has been playing for Otago. Obviously, there is a tinge of sadness but that is offset by the delight of being selected again."

It is not an impressive record but he has been in sublime form this summer and has been timing the ball as well as at any time during his career.

His much talked-about footwork has been impeccable.

He is moving into position early and seems to have an abundance of time. As a result the runs have been flowing.

He has scored 421 runs at an average of 70.16 in the State Shield and is the competition's third-leading run-scorer.

His absence will be felt dearly by Otago. However, the 33-year-old top-order batsman is confident his replacement and the team will cope in his absence.

"Obviously, with Hamish coming in it will change the mix a little bit, which is hard in a final. But I think they'll be fine.

"Hamish Rutherford is a good player. He'll be opening the batting and if he gets away he could play a match-winning innings."

It is not just Cumming's batting which Otago will miss. He is a shrewd skipper, the side's most experienced player and a useful part-time bowler.

In that sense it was like losing three players, Otago coach Mike Hesson said.

"It is bittersweet. We're absolutely delighted for Craig because he is in the form of his life," Hesson said.

"But he is a crucial member in our side. We've also had to deal with the loss of Neil Broom and we'd expected to miss Brendon [McCullum].

"To have three of our top six not here certainly leaves opportunities for other people. We're confident the players coming in are good enough.

"But a big part of our job is to produce Black Caps and we've got three Otago players in the top six. Clearly that is going to leave a void."

Rutherford will join other relative newbies Sean Eathorne and Shaun Haig in a new-look top order.

Of the top six who took the field in last year's final, only two players - Aaron Redmond and Greg Todd - survive.

With the batting line-up weakened the bowling will come under extra pressure.

Otago swept Canterbury aside with a magnificent bowling performance, dismissing its opponent for a miserable total of 86.

The left-armer took three quick wickets to leave Canterbury reeling at 14 for three.

The home side was unable to get back into the game, with Dimitri Mascarenhas bowling 10 overs straight and taking one for 16, Warren McSkimming three for 13 and Nathan McCullum two for 23.

Hesson described it as the best one-day bowling performance he had seen from Otago in the past four seasons.