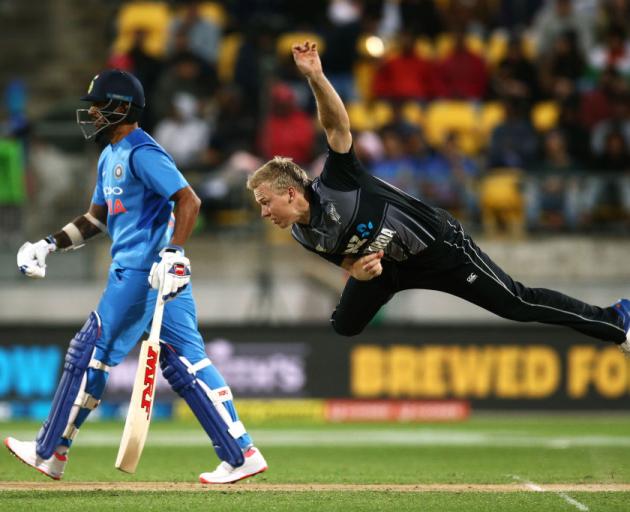 The banner, which read "No means no", was directed at Black Caps all-rounder Scott Kuggeleijn, who was found not guilty of rape in a trial in 2017.

During the trial, the 27-year-old admitted the woman involved had said she didn't want to have sex with him. The Northern Districts player later texted her the day after the incident to apologise.

His inclusion in the Black Caps - yesterday was his second Twenty20 international - has received criticism from many quarters, and an attempt to bring a banner into the stadium to publicise the issue of sexual consent was taken away by Westpac Stadium security.

The woman with the banner told Stuff that security tried to confiscate the sign, but received an apology from the stadium today.

New Zealand Cricket public affairs manager Richard Boock told NZME that the decision to remove the banner - made in conjunction with the staff at the stadium - was a mistake.

"We agree the course of action taken was an overreaction and unnecessary, and that the message certainly wasn't offensive.

"NZC has a venue policy that does not allow the targeting of players - but policies are guidelines; they're not written in stone, and we should have shown better judgement and exercised more discretion.

"We apologise unreservedly and will be discussing this in our debrief with a view to avoiding similar mistakes in the future."

Kuggeleijn contributed 20 runs from seven balls in the Black Caps' record 80-run win, but struggled with the ball, going for 34 from his two overs.