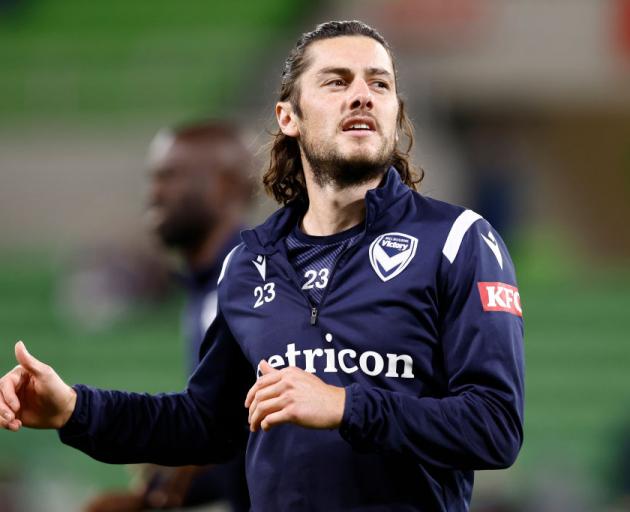 Melbourne Victory forward Rojas is returning for the first time since 2019. Photo: Getty Images
The All Whites will not have attacking midfielder Sarpreet Singh for the Fifa World Cup Qatar 2022 Intercontinental Play-Off against Costa Rica next month due to injury, but do welcome back forward Marco Rojas after three years out of the squad.

New Zealand Football has confirmed the 26-person squad for the play-off in Doha, Qatar, on June 15 (NZ time).

Melbourne Victory forward Rojas is returning for the first time since 2019 on the back of his form in the A-League.

Michael Boxall, who is based in America, also returns after missing the previous tour from being injured.

The remainder of the squad were all part of the side that won the Oceania Qualifiers tournament in March and 13 were part of the Olympic team that finished sixth in Tokyo.

Coach Danny Hay said this was a group "that understands how we want to play and what is expected."

"While it is unfortunate that Sarpreet Singh and Ryan Thomas are missing with injury, it is great we are able to bring Marco Rojas and Michael Boxall back.

"We know this is a massive moment for football in New Zealand and I believe these are the players that give us the best possible chance of qualifying for the Fifa World Cup later this year."

The All Whites will play against Peru in Spain on June 6, and a yet-to-be-announced international opponent in Doha four days later as preparation for the intercontinental play-off on June 15.

All Whites squad for intercontinental play-off