Hockey: First round defeat for OBHS 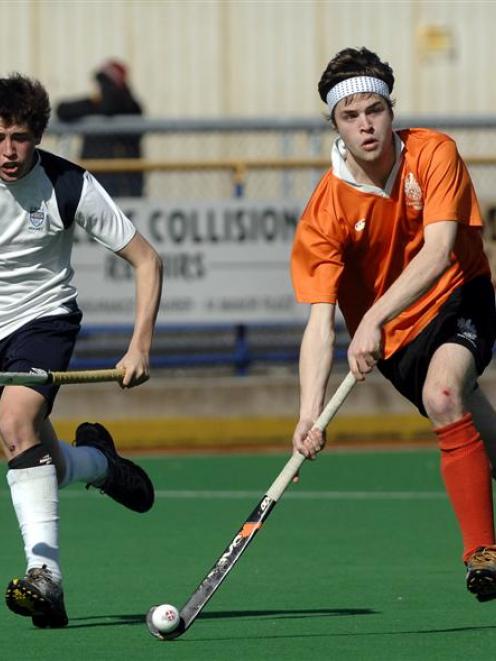 But the loss of three New Zealand representatives has weakened the team this year.

The Dunedin school created three other scoring chances in the first 20 minutes but was not able to net any of them.

Otago Boys had better individual flair but Christs College had a more effective combination and its superb teamwork helped secure the win.

Striker Nikhil Dayaram, the best player on the paddock, opened the Christs College scoring after 21 minutes and repeated the dose six minutes into the second spell.

A skilled Christs defence closed down the game after this and denied Otago Boys any more scoring chances.

Elder was an aggressive forward for Otago Boys and was helped by Tom Rutherford, who had a strong first half, and defender Gregor Croudis.

Michael Ritchie, a member of the New Zealand under-16 Tiger Turf squad, scored two goals to give Kings College a 2-0 win over St Andrews College in the other feature game.

Kings College took control from the start when Ritchie scored after two minutes and it held this lead to the break.

The second goal came after 10 minutes in the second spell.

There were ominous signs for the other teams when defending champion Westlake Boys beat St Kentigern College 4-2 and then trounced Lindisfarne College 7-0.