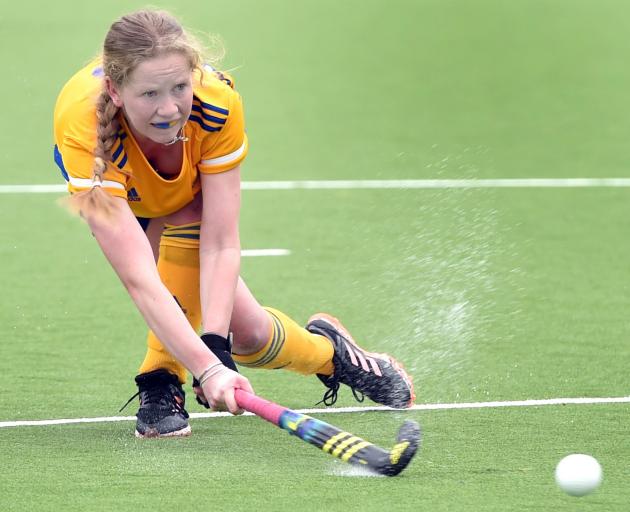 Otago had a firm grip on the inaugural Mainland Cup after the opening day of competition on Saturday.

The home teams did better than expected against their Canterbury opponents. They won three of their four games at the McMillan Hockey Centre.

The visiting side recorded a comfortable 7-1 win in the under-18 women’s match and then bounced back to win all four games yesterday.

The under-18 women won 6-0 to complete an impressive weekend. The under-18 men’s side won 2-1 and the Canterbury women’s side scored late to register a 2-1 win.

In the final game, Canterbury and Otago were locked 3-3 at fulltime but Canterbury won the shootout to complete a clean sweep on day two.

"Yesterday was better than today but overall it has been a good weekend," he said moments after the Canterbury men sealed a shootout win.

"Realistically, we’re not worried about results at the moment. We played for a cup today but we are more interested in the development of our players and how we are going to play in the future.

"We are setting ourselves a playing style that is going to help us become competitive in the tournaments coming up and we’ve got some good young players floating around."

Gill said the Otago women’s win on Saturday came as "a big surprise".

"We hadn’t been expecting a result in that one."

And after the Otago men’s convincing opening win it was a surprise Canterbury was able to turn the tables.

"I think the boys were thinking the game was going to be easier than it was.

"Obviously, Canterbury is a good team and they played a lot faster and at a higher intensity and that caught us on the hop a little."

Canterbury scored in the opening few minutes thanks to a defensive blunder at the back and led 2-0 after the first quarter.

Dylan Thomas struck back before the halftime break. Finn Ward made a nice pass and Thomas’ initial shot was saved but he rammed in the rebound.

Jordan Ward slotted in a penalty corner in the third quarter to tie the score.

But Canterbury took the lead again early in the final spell. Cameron Douglas, who had a strong game, found the back of the net.

Charles Darling was on hand to slap in a rebound and equalise for Otago.

However, Canterbury was more clinical in the shootout, scoring all four attempts to seal the win.