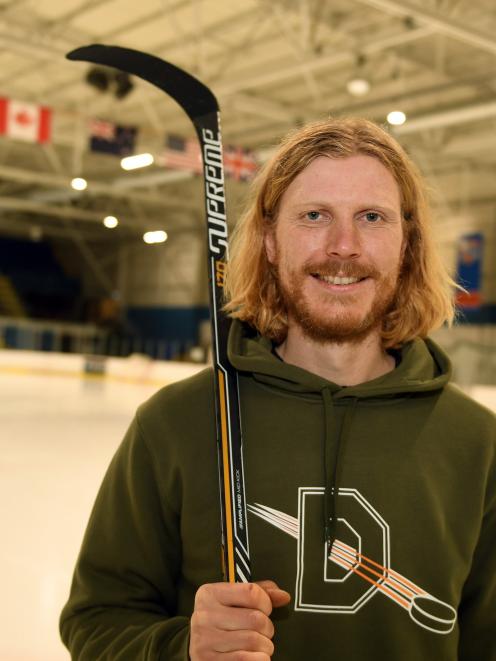 The 30-year-old will still be holed up at the Dunedin Ice Stadium — he manages the facility so he will never be very far from the ice.

But after 15 seasons in the New Zealand Ice Hockey League (NZIHL), it is time for him to do something different.

His decision to retire from competitive ice hockey has brought an end to the career of one of the greatest New Zealand players.

‘‘It is something I’ve thought about for a while,’’ he said.

‘‘It is just time to spend time doing other things.’’

Heyd played more than 30 games for his country and 203 NZIHL games between 2006 and 2021. He also spent a season playing in France and played division 1 for Harrington College in Canada in 2009-10.

The prolific points scorer was part of the Stampede squad which won the NZIHL title in 2006 and helped the Canterbury Red Devils win the 2009 crown.

He accumulated 174 goals and 189 assists but his enduring memories will not be how many goals he scored, but of watching the league grow from very humble beginnings.

‘‘Tom Wilson came back and played for the Thunder this year and the last time he played must have been about 2011 or 2012 or something.

‘‘It was interesting to hear what he said, because when you’re involved with it you don’t see the growth.

‘‘But he said the difference between the last time he played and now, in terms of the level of hockey and the following, you wouldn’t recognise it as being the same league.

‘‘It is nice to know that the sport has grown and that was always the purpose of that league.’’

Heyd has made a massive contribution in that sense and will continue to stay involved in the sport.

He helps run development camps through New Zealand Ice Hockey, coaches the under-18 men’s national team and plans to get more involved in coaching youth in Dunedin.

He will miss the action, though.

‘‘When you are in the moment and in the game, it can be all-consuming and you forget about everything else. You are just there with the other 19 players and you can go through so many highs and lows in those 60 minutes.

‘‘I think that is the part that you miss the most.’’