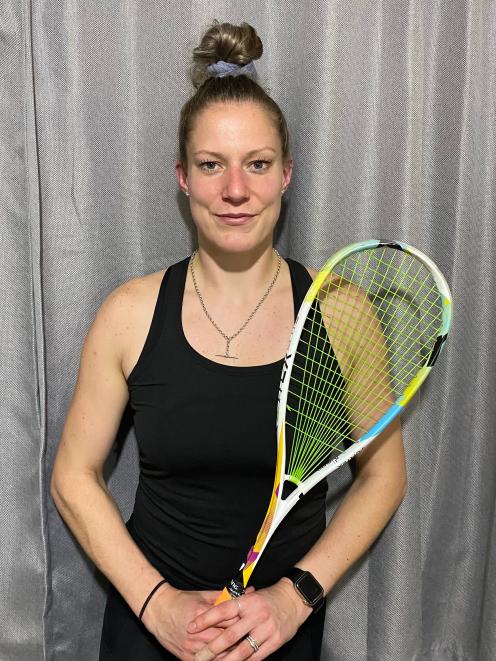 Alana Kairaoi is lining up in this weekend’s Otago Open.PHOTO: SUPPLIED
Nearly a generation after she first picked up a squash racket in Roxburgh, Alana Kairaoi is back in the town.

And she is still swinging a squash racket.

Kairaoi (nee Sincock) was a rising squash player when she grew up in Roxburgh. She first played aged just 9 and quickly become noticed on the national scene.

Right through her school years she was in the top three at a national level and in 2007, her last year at Roxburgh Area School, she went to the world junior championships in Hong Kong. She was placed in the top 32 at the tournament and was part of a strong New Zealand team.

Now, 14 years later, Alana Kairaoi, as she is now known, is walking the corridors of Roxburgh Area School, and hitting some balls at the local courts.

She is the head of physical education at the school, and in between teaching and catching up with family she is still playing squash.

"I still love it. It’s still my passion. I played pretty much non-stop through to 2015 when I then had a break for a couple of years. Things were getting a bit busy and I wanted to take some time off," she said. 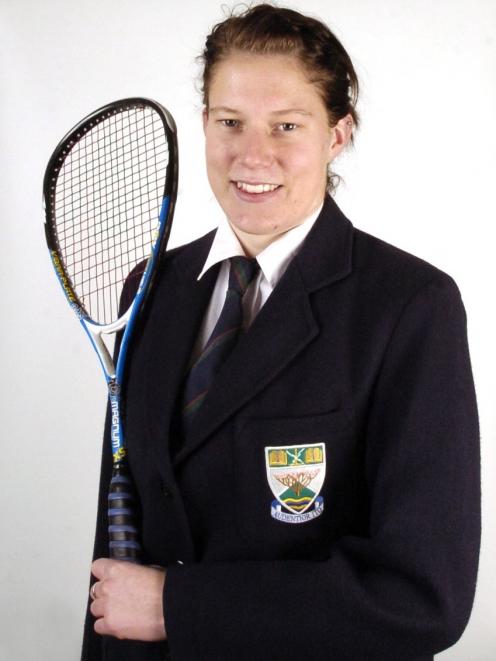 Alana Kairaoi as an Otago Daily Times Class Act recipient in 2007.PHOTO: GREGOR RICHARDSON
"But than I got back into it and have been probably playing better than ever.

"When I was young I could have had a good crack, but I never really had people to train against. It was a lot stronger up north. The juniors I was in teams with all came from the North Island."

She won national team events when in the North Island.

The 31-year-old was now coached by Jo Williams, of Cambridge, and was ranked in the top seven women in the country in 2018 and the top eight in 2019.

She first left Roxburgh at the end of 2007 when she finished school. She went to Hamilton and studied sport for four years at the University of Waikato while also carrying out secondary school teacher training.

She then taught at Rotorua Lakes High School for nearly a decade, where she met her husband, Bauro.

A return to Roxburgh to be closer to parents Mark and Linda and sister Lisa, who has three daughters, was irresistible.

Many sports prodigies flame out and no longer compete. But she still plays despite being on the other side of 30.

"It is hard on the body though. Now more than ever. But as an individual sport you do not have to rely on anyone. I end up playing against guys down here now or training by myself."

She was graded as A2, having recently dropped down from the top graded A1.

"It is hard to keep those points. The first tournament I had back here I played against guys and they took all my points off me."

This weekend she was the top seed in the women’s division in the Otago Open and was scheduled to have her first game last night. She last competed in the event in 2007.

"I have got my name up on the board so that is the goal — to get my name back on the winner’s board."