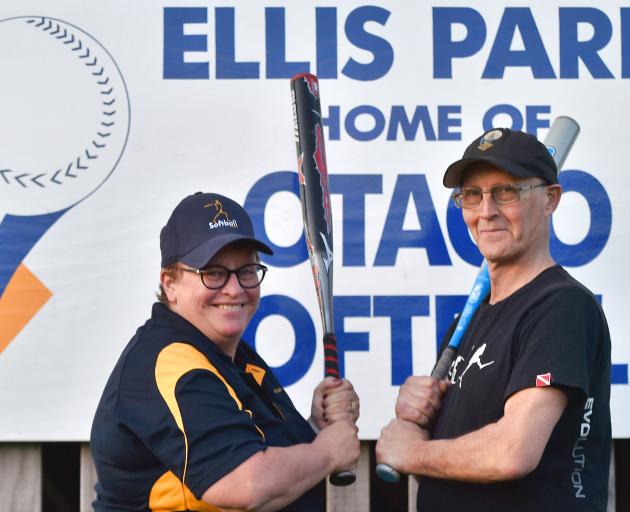 Particularly two who have done as much as Sandy Wallace and Peter Mathieson.

The pair were recognised as life members of the Otago Softball Association last week.

Both began playing more than 40 years ago and have been heavily involved in off-field roles.

Wallace (54) first made the Otago under-14 team in 1978 and played as a short stop and second base through the grades.

''I had a choice when I had to retire early due to my back injury of being an umpire and a scorer,'' Wallace said.

''I had a go at both and decided scoring was the better choice for me.

''I guess it goes in line with my lifestyle - I work with figures most of the day and scoring's no different.

''It's just that camaraderie you continue to have, you attend tournaments and get the social side of it.''

She has, by her own admission, done virtually everything in the sport.

She coached at club and representative levels for many years and held many administrative positions.

That included two stints as the association's chairwoman.

The latter of those came in 2017 when the sport reached a state of financial peril.

Her motivation was simply that the sport was a passion and she ''didn't want to see it fall over''.

It has been a family affair for Wallace.

Her mother, the late Ima Hodges, was also made a life member of Otago Softball and joining her was a ''pretty big thing'', while her son also played.

She continues to coach the Otago Evergreens team, having done so for 19 years.

A pitcher and short stop, he played for various clubs in a career that lasted until the past season.

Representing Otago through the age-groups, senior men and evergreens grades was particularly memorable.

Described on his life membership nomination as ''the epitome of Otago softball'', he has given plenty of time in coaching and training.

He has run many sessions and clinics for the region's young pitchers. It was something he had not expected to get anything out, although he always offered to do it.

''The thing I find in a lot of sports now, especially in softball, there's not a lot of the older ones there,'' he said.

''A lot of them have moved away.

''When there's not a lot of people around to do these things, it's either someone digs in and gives a hand, or the kids miss out.

''I've always been interested in looking after the kids and trying to get them up to a standard where they can enjoy the sport.''

After 45 years on the diamond he will probably not be back in playing capacity - a knee operation seems likely to bring an end to a long and illustrious career.