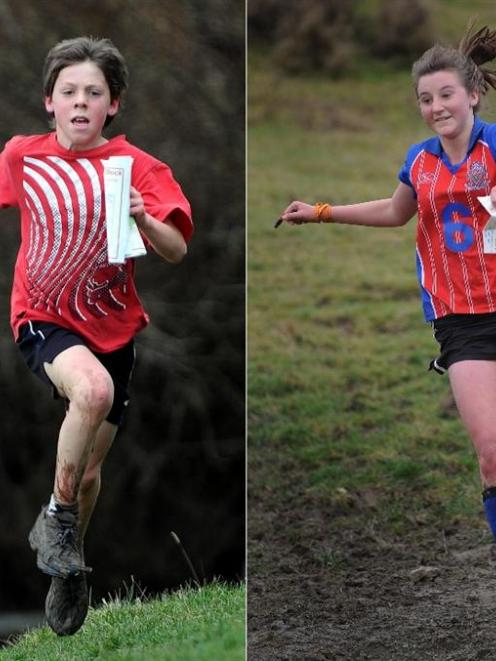 Hann had a mistake-free round to win the distance event in 44min 37sec from Tim Robinson (Hutt Valley High School), who finished in 54min 31sec on the course at the Cuttance forestry block, near Henley.

The pair were members of the New Zealand team that finished in the top 10 at the world junior championships in Poland this year.

The best Otago performance came from Michael Ogle (Otago Boys'), who was fifth in the long-distance event.

The roles were reversed in the sprint race held at the University on Thursday, won by Robinson in 12min 3sec from Hann, second in 12min 23sec.

The senior girls events were dominated by Cosette Saville (Pukekohe High School), who won the long distance race in 59min 53sec and the sprint.

Malachi Buschl (Outram) won the year 7 and 8 boys sprint race by 25sec in a time of 10min 47sec. He was a close second in the long-distance race in 13min 13sec.

The relay races will be held at Seacliff today.