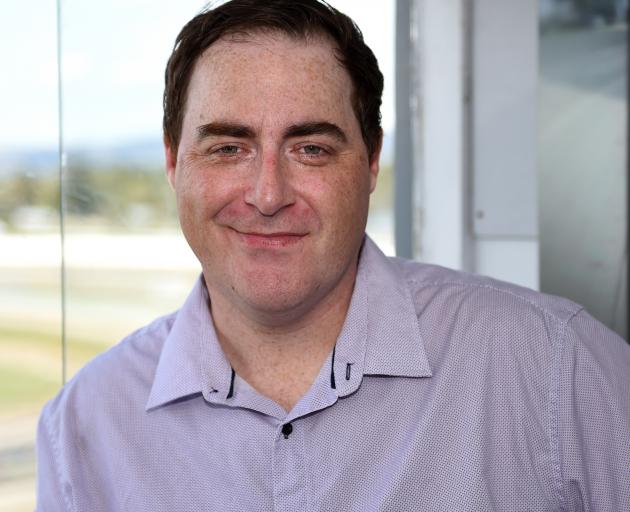 Evans called Tuesday’s Forbury Park greyhounds to begin his tenure after being appointed in October.

Evans has called all three racing codes across New Zealand in recent seasons, largely as a fill-in.

The caller from Palmerston North jumped at the chance to seize a full-time role in Otago.

“The first appeal was getting a full-time gig calling races, which has been the dream since I was a kid,” Evans said.

“Full-time jobs calling races are fairly elusive, so I jumped at this chance.

“I am a racing fan through and three — all three codes.

“So, I love the fact I can call all three down here.”

Evans has not made his move to Otago lightly. He and wife Renee have already bought a house in Mosgiel and moved in recently.

Being in Otago or near any racecourses was the last thing on the couple’s minds when they were co-hosting a breakfast radio programme in Tauranga in 2015.

The couple met while working separately in radio in Manawatu before being offered roles further north.

Later, Evans investigated a return to race calling 15 years after spending time under the guidance of Tony Lee in Central Districts.

“I wanted to chase the calling thing again, which was a childhood dream back in the 1980s, when I used to look up at Alan Bright,” he said.

“I started calling trials in my teenage years and early 20s and I was Tony’s understudy for the later part of the 1990s.

“I didn’t call a race for 15 years while I was off doing the radio thing. First of all I wanted to see if I could call a race again, even though they say it is like riding a bike.”

A passion for racing and race calling drove Evans’ return to commentating.

“I love every minute of it when I am in the commentator’s box and, hopefully, I can do the role here justice.”

Evans is new to much of the southern racing scene and looks forward to making new connections across Otago.

“I am looking forward to getting out and meeting everyone.

“I guess I am pretty well known in circles around Awapuni and the Manawatu.

“I filled in a few times in the Canterbury area, last year, but not a lot down here.

“So, I’ll be trying to get my name out there and meet as many people as I can.”

Evans will call his first Otago harness racing meeting at Oamaru on Saturday.

His first thoroughbred meeting will be at Wingatui on February 29.