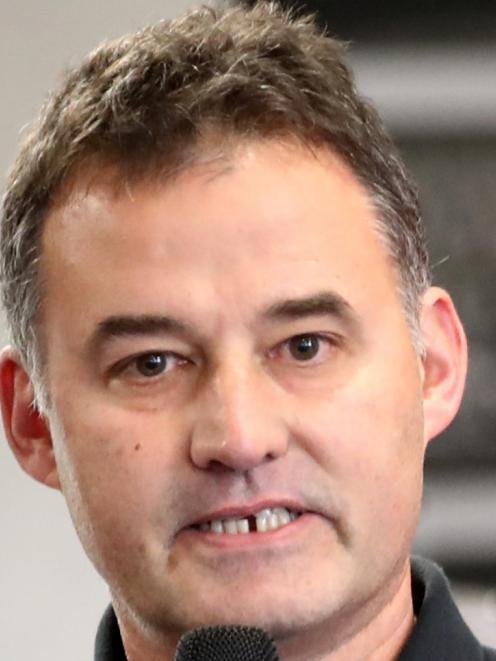 NZR announced yesterday it had signed a two-year deal with sports promotion company Left Field Live (LFL) to arrange, promote and deliver All Black XV matches in 2020 and 2021.

The first game will be between the All Black XV and Fiji in Vancouver in the last weekend of October.

Two other games will be played in November but the opponents have yet to be announced.

"It means high-performance outcomes and providing real aspirations for players on the fringe of All Blacks to get in the black jersey and go on tour. And it is also a way to make some money," he said.

"This team will have a real mix of up-and-coming stars with some experienced guys on the fringe of selection. Quite possibly there will be some All Blacks, rehabbing from injury."

He said the chance for the group of players below the All Blacks to go on tour against real opposition and going to North America would be exciting
for the team.

With the new side, the Maori All Blacks will now look to assemble and play in July against opposition they may not have played before.

The intention is for the Maori All Blacks to tour but in the future there is the chance for them to stay home and play against touring teams.

Cass envisages the All Black XV team will number a squad of about 28. A coach and management team is being worked through.

Mitre 10 Cup players would play in their finals this October and then head into camp for the team.

The intention was for the All Black XV to become a regular national team playing second-tier overseas opposition.

The 17-14 victory did not come easily for New Zealand, which has extended its lead at the top of the World Sevens Series to 11 points. A late yellow card to veteran Sam Dickson meant the Kiwis had to finish the clash with just six men, but two earlier sinbins to Australian duo Maurice Longbottom and Lachie Miller proved to be too much for the runner-up to overcome.