No regrets for Brown about not coaching ABs 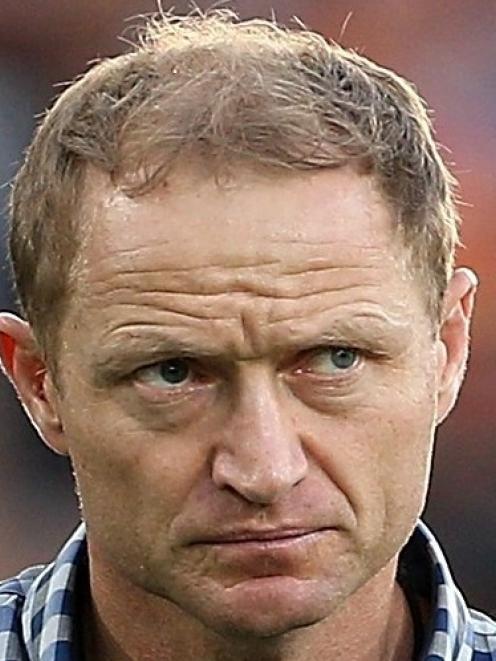 Tony Brown
As far as Tony Brown is concerned, not coaching the All Blacks is not an opportunity missed.

When Jamie Joseph called him a couple of weeks ago to say he was going to accept an offer to go with Japan, Brown was far from distraught.

"A couple of days before he [Joseph] pulled out we had a catch-up and he said ‘this is what I am thinking’. And I was really comfortable with that because deep down that is what I was thinking — the same thing."

"There is the challenge of coaching Japan and for us the certainty we were going to get the job. With the All Blacks you have to go through an interview process, probably three months-long, by the sounds of it.

"We were getting shoulder-tapped to continue what we are doing. You’ve got the certainty and the challenge.

"Also it allows me to stay here and keep coaching the Highlanders which I love doing. To get this group of players into title contention."

Brown, who had aligned himself with Joseph only as the race for the All Black job heated up, is looking forward to continuing the good work with Japan following Japan’s qualification for the quarterfinals of the World Cup.

"It was an exciting time and we made a massive amount of progress with Japan. Now the challenge with Japan is not only stay there but see how far we can push these guys. And the challenge of taking on the best teams in the world.

"There are always regrets with any decision. For me the excitement of coaching with Japan is huge. All of Jamie’s strengths are probably my weaknesses.

"Coaching is a pretty tough job but you have got more chance of getting it right when you are doing it together. That is why we complement each other. We are a pretty powerful team.

"When you play in Japan for a long period of time you create a great allegiance for the country. Coaching Japan over the All Blacks for me is an exciting challenge.

"I feel like I owe them a lot. Been there since 2004. Love the country and love the people. Anyone who goes to Japan say the people are amazing and they are.’’

Brown said the World Cup, and his coaching of Japan, was a great experience and a culmination of much hard work.

"We prepared for a long time. A lot of hard work. You just can’t get them fitter and harder. You have to get them to understand why and then get them to drive it.

"When we did beat Ireland that changed everything in the confidence in the team around ability and then when we got to that Scotland game we were just better. Everything they threw at us we could handle and when we attacked, our attack was just good enough to score points and put them away."

In the quarterfinal, Brown said the side tried to get South Africa away from its kick, chase and set -piece game but just could not do it as the Springboks strangled it out of the game.

Two days after the loss, the team disbanded and Brown headed back to Dunedin and the Highlanders.

It is a new era for the Highlanders. New players arrive as senior statesmen move on.

"Obviously there are a few new faces floating around both in management and playing group. Quite an exciting opportunity we have got. Almost start again. It’s not about going back but creating new challenges and new ways to play the game."

Brown is in charge of attack and the tactics the team uses, a job he loves.

"I control everything around our attack and our game and how we prepare for each team each week. Around our tactics and making sure we win more than we lose. That is what I love about coaching. Creating the style of game we want to play. Creating the week-to-week tactics.

"A lot of work but enjoyable work. It is hard but sometimes it is easy to see the right pictures and the right game.

"It always differs from week to week — all based around speed and skill, creating a point of difference around playing in the stadium.

"For me it is not so much defence and attack coaching, it is more about coaching the game. That is what I love. Not just so much an attack coach."

Borwn said if he had to label what sort of coach he was, it would be more around strategy and the whole game. A holistic sort of coach."