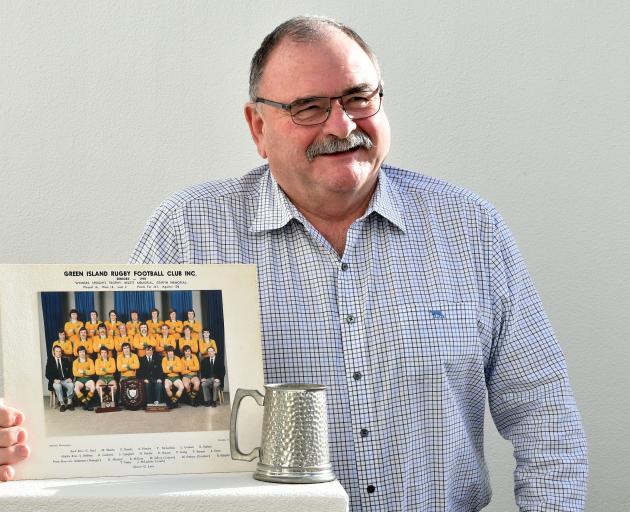 Dick Bunton reflects on Green Island’s 1978 winning campaign at his home in Dunedin yesterday. PHOTO: GREGOR RICHARDSON
Green Island will have at least one supporter in the crowd who can remember what it feels like to win the Dunedin club championship. 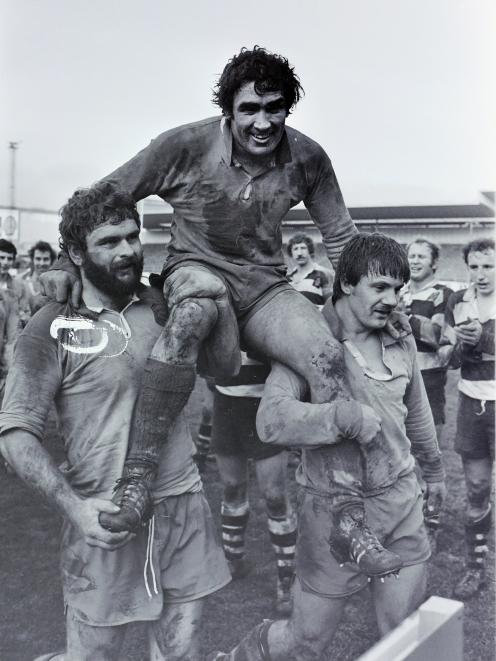 Dick Bunton does not recall much about the 1978 final or why the game was played on a Wednesday.

Those details have long since clouded over.

But the former Otago lock was part of a dominant Green Island pack that helped set up a 10-0 win against Southern in the final at Carisbrook.

He helped carry victorious captain Mervyn Jaffray from the field.

That photograph has pride of place in the club rooms at Miller Park.

But that was 43 long years ago.

On Saturday, Green Island will have an opportunity to end that drought in the final against Taieri at Forsyth Barr Stadium.

Bunton will be there to cheer along his club.

He played between 140 and 150 premier games across 10 seasons. He also played three seasons for Otago in the mid-1970s but made himself unavailable when he was trying to get into medical school.

Since retiring as a player, his involvement with the club has been limited to that of a supporter.

But it is his club, his team and in that sense he has as much invested as anyone.

"You get warm fuzzies when you think about it," he responded when asked what it would mean to him if Green Island emerged victorious.

"I put 10 years into the club and it was a bit sad to see it not go so well for a period.

"But it has come back and it will mean a hell of a lot to the community, and they will have a pretty big party there if they do win."

Green Island entered the Dunedin premier competition in 1970. It won its first title in 1973 and backed up the following season.

Bunton felt a lot of its early success was down to "our stellar coach" Jack McLachlan.

McLachlan took a break after 1974 but returned in 1978 and "just added that little bit extra".

"And he was meticulous in his planning. He had a notebook full of every opposition player we ever came up against.

"The only problem with Jack was he couldn’t keep his mouth shut. He got offside with the rugby union, otherwise he would have been the Otago coach for years and years."

Bunton remembers the Green Island club as more of a "community centre".

"It was a place to go and socialise and we had, by far, the biggest support in Dunedin in terms of crowds.

"We were mainly scheduled to play at Carisbrook each weekend because we drew the biggest crowd."

In those days, clubs had access to the best players and that often included All Blacks.

The representative and club seasons often clash nowadays which means the best players are not always available.

Green Island could be without up to four regular players for the final, while Taieri is likely to be without loose forward Sam Fischli.

"Club rugby is the best rugby that most people will get to play and so it is very disappointing to see how club rugby is disrespected by the hierarchy throughout New Zealand rugby right now.

"The fact you have a club final happening and the good players can’t play because they are away preparing for something else is a real pity.

"Club rugby is still the boiler house or conveyor belt for the all the rugby talent in New Zealand, but it is not sexy and it doesn’t make money."