Otago Country will be looking to build on lessons learnt 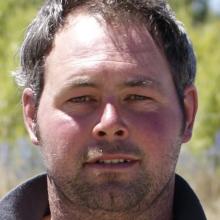 Craig Stanway
The Otago Country premier team heads to Heriot today to take on Southland B in what should be an intriguing match.

The Country side had a much improved performance last weekend against Otago B.

It went down 24-14 to the more fancied Otago B side and its performance showed some lessons had been learnt from the dour loss to Southland Country.

Otago Country was the better side for large portions of the Otago B game and will be looking to follow on from this and build some momentum heading into its Tri-Series Trophy match against Canterbury Country in a few weeks’ time.

Otago Country has made some injury-forced changes for this match.

Injuries mean that hooker Joe Cairns and key backs Rhys Harrold and Tyler Bichan are being rested for this game. Heriot rake Craig Stanway starts in the middle of the front row in his blazer game — his 15th game — for Otago Country.

Southland B has named a strong squad with plenty of experience and exciting talent. Outside back Rory van Vugt scored his first try on debut for the Southland Stags last weekend.

He will be dangerous with ball in hand. Hardworking forward Brenton Howden has also been capped by the Stags this season. He will add experience and physicality off the bench.

Plenty of members of the Southland B side also played for the Southland Country team that beat Otago Country by a solitary point in Wanaka two weeks ago.

This should be a good contest. Otago Country will look to carry on from its positive finish last weekend and throw everything at Southland B, which will be the favourite heading into this clash. Otago Country is having a past players’ reunion today at the Heriot club, so expect to see lots of blue and gold support on the sideline as the hometown side goes into battle.