By Steve Hepburn
0 Comments
Referee bosses are working hard to get officials to all matches, but sideline behaviour, especially at school games, needs to improve.

Improvements need to be made at school games or referees may not front.

Some officials were doing two games on a Saturday, which was tough for the referees involved, he said.

This weekend 44 games were scheduled and at the moment they were sitting on 35-38 referees available, which would mean two games for some referees.

Otago Rugby Football Union referee education officer Tumua Ioane said he had originally asked for three players from the premier team which had the bye any week to referee a game at secondary schools level.

The clubs had come back to him and said they would provide nine players for nine games.

It was going well so far and the players were enjoying helping.

They had to do a course of less than an hour around player safety to referee games below first XV level.

The referees’ group had a base at the old Logan Park Bowling Club, but was now looking to use rooms at Logan Park.

Hart said the relationships between players and referees were much improved recently.

Referees in the Otago country area were working hard and many were travelling large distances to officiate in games. More were needed.

Hart said one referee had come down to Dunedin to do a game from the country area — two-and-a-half hours in travel on top of the game. That was the dedication many referees had for the game.

There were many challenges in refereeing, but he was finding there were a lot of good vibes with the clubs this season, and it was a very even competition in the premier grade.

"These guys want to get out and play for each other. We’re getting among the clubs and find a good atmosphere."

Ioane said there had been a few incidents in terms of referee abuse this season, and he was disappointed that much of it was in high school matches and around first XV games.

He said the incidents came from coaching groups which showed behaviours which were being mirrored by the players. The conduct was unacceptable.

Clubs could control their members but it was not the job of a school to control the parents, Ioane said.

The Referees Association had met secondary school rugby officials to discuss the issue.

Otago Secondary Schools Rugby Council chairman Greg Heller said there was zero tolerance for abuse and that was being reiterated. 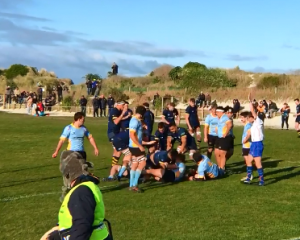 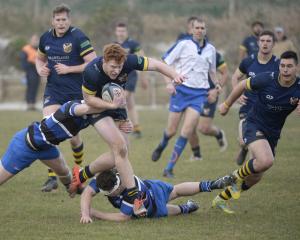 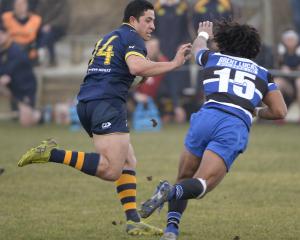 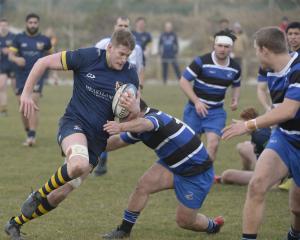 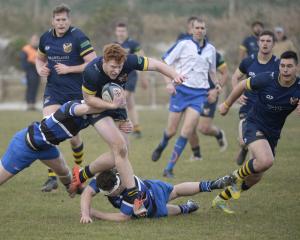