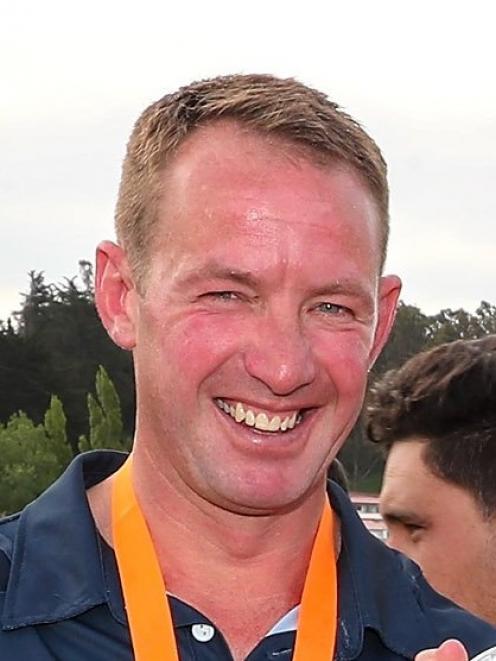 And the emphasis is very much on building towards the defence of the Meads Cup next year.

But North Otago coach Jason Forrest has promised the season will not be all about development.

He has named a 31-strong training squad for a makeshift season which includes a Ranfurly Shield challenge and home-and-away fixtures against Hanan Shield rivals South Canterbury and Mid Canterbury.

There is also a game against an Otago XV and a match against Otago Country to look forward too.

The Heartland Championship championship was cancelled this year due to Covid-19.

Some of the old campaigners will be missing.

Veteran prop Ralph Darling has retired and seasoned midfielder Lemi Masoe is sidestepping the representative season, while experienced halfback Robbie Smith has started a new business and is unavailable.

That will rob North Otago of more than 250 caps.

"It is going to have a massive impact but we knew it was coming," Forrest said.

"It is going to be very hard to replace them but we have some new guys coming through the system.

"It will be a different dynamic for us this year. It is going to be a development year for us.

"As important as the Hanan Shield and Ranfurly Shield are, it is about next year for us and defending the Meads Cup."

That said, there are games to win and standards to be kept. Not everything will be sacrificed in the name of development and next season.

Forrest will lean on some loan players for the Ranfurly Shield match. Harbour loose forward Charles Elton is at the top of the wish list.

He was the player of the year last season and impressed with his high work rate. Green Island lock Woody Kirkwood is another player who shone for the side and who is likely to be back for another stint.

But Forrest said they were still finalising what they would do with the import slots.

There are some exciting new players. Old Boys halfback Mataitini Feke has stood out for his passing game and "we’re really keen to see him in the next few weeks".

Outside back Sione Kavatoe is big, strong and fast — always a good combination for a winger.

Valley utility back Ben Paton has been in good form at club level. He boasts speed and tenacity, while powerful No8 Junior Fakatoufifita has played for North Otago before and has been in exceptional form this season.