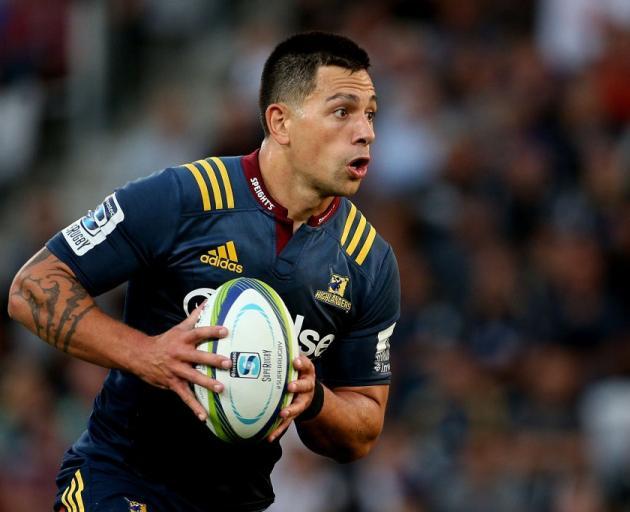 The 28-year-old has bulked up for the season and will bring up 50 games for the franchise when the Highlanders open their season against the Sharks at Forsyth Barr Stadium tomorrow night.

The team has named three new caps in the starting line-up and another three on the bench.

Thompson is one of the more experienced campaigners these days and shapes as a key cog for the Highlanders.

It is his sixth season in Super Rugby. He played two games for the Crusaders in 2014 but missed out on a contract in 2015 so shifted south to the Dunedin to play for the Highlanders in 2016.

His initial foray into Super Rugby did not go well. He was dropped after his first game for the Crusaders and spent 13 weeks on the sidelines before getting another opportunity for the Christchurch-based franchise.

‘‘I was wondering whether I’d ever get another game. But six years down the track you’ve got 50 games.

Thompson has definitely got there. But while he is a first-choice starter now he is certainly not complacent.

He continues to work hard on his game and has added a valuable 3kg during the off season. No big deal, right. Most of us could better that during the Easter break.

The difference is Thompson has added that weight pumping iron not polishing off chocolates and he hopes the extra mass will help him in the collisions.

‘‘I seemed to carry it all right against the Crusaders. We’ll just see how it goes out there [against the Sharks]. It is going to be a fast game.

‘‘I know my weight will come down [during the season] but for me I want to really dominate in that contact area — in the tackle and in the carry.

‘‘That is the reason for putting on the weight.’’

The extra weight has not cost him any top-end speed and he is recording close to personal best-times in various fitness tests.

With no Ben Smith at the back this season, Thompson will need to step up and show some leadership but he plans to do that his way.

‘‘I just said to the coaches at the start of the year that I want to be the guy who leads by actions. I’ll speak up when I have to but I think leading by actions is enough to get those boys to want to follow you.’’