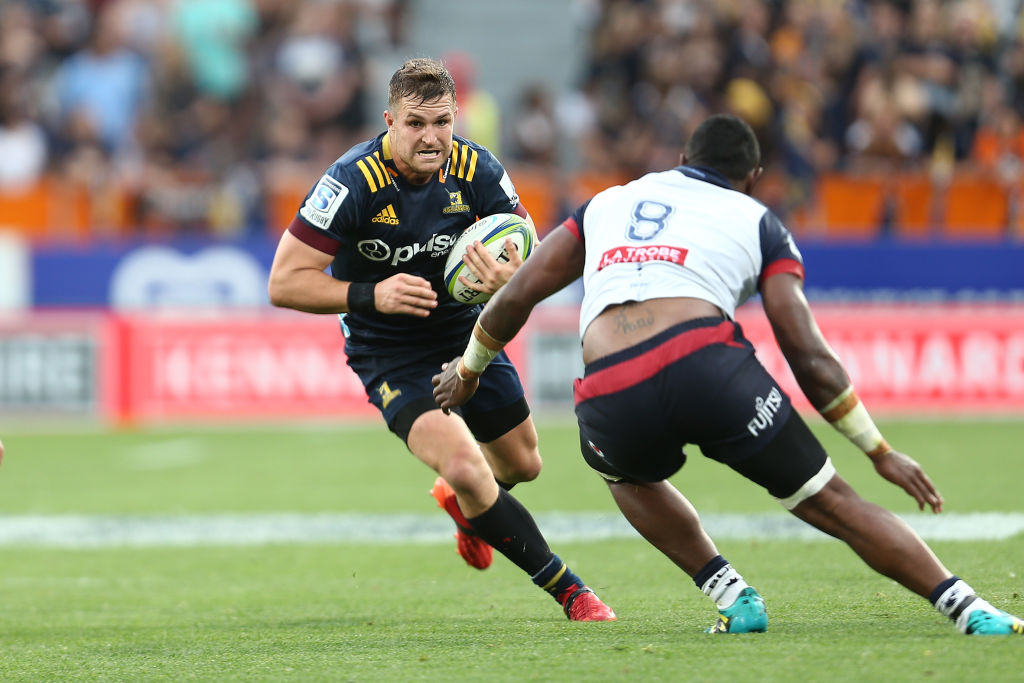 Michael Collins makes a break for the Highlanders against the Rebels. Photo: Getty
The Highlanders have come up short in an error-ridden performance in Dunedin tonight.

They were beaten 28-22 by the Rebels at Forsyth Barr Stadium.

Mistakes were rampant in the Highlanders' game early. They quickly turned over the little ball they had and left themselves under pressure.

That yielded three early tries to the Rebels which left the home side trailing 21-0.

Bill Meakes hit a gap from an offload to score the first for the visitors, before Anaru Rangi scored from a lineout drive for the second.

When a Josh Ioane knock-on allowed Andrew Kellaway to run 70m to score, the Rebels were well on top.

But the Highlanders hit back.

Josh McKay scored in the corner not long after to make it 21-7.

James Lentjes and Daniel Lienert-Brown both left the field with injury within five minutes of each other.

But the Highlanders rallied to finish the half.

Aaron Smith touched down after a brilliant lead-up in which Ash Dixon put Siate Tokolahi into space.

The Highlanders went close to drawing level, but it was Kellaway who scored next.

He restored the 14-point margin in the 53rd minute, intercepting a Smith cut-out pass to run 60m to the line.

Scott Gregory crossed 10 minutes later to make it 28-19, but was yellow carded minutes afterwards for a tackle in the air.

Meakes followed him five minutes later, Josh Ioane reducing the deficit to six in the process.

The Highlanders made a late push, but that was ended when Jona Nareki was harshly yellow-carded following a collision in the air.