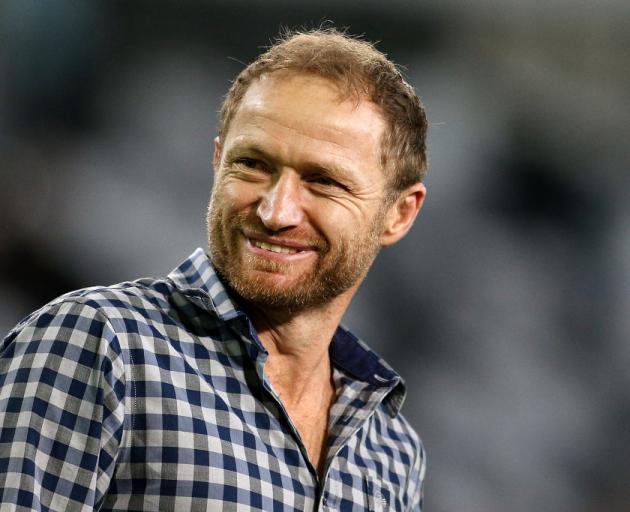 Tony Brown. Photo: Getty Images
The building blocks are being put in place. Now the ultimate test for a young team awaits.

Highlanders assistant coach Tony Brown says he can sense a repeat of what he experienced in 2014-15 with this year’s Highlanders.

In 2014, the Highlanders had a clean-out from the previous season and ended up making the playoffs for the first time in 12 years.

The next year, the side went all the way to win its only title.

This is sport, so nothing is a given, but there are promising signs from the team in its opening two games of the Super Rugby Aotearoa competition, with a narrow win over the Chiefs followed by a close loss to the Blues.

The Crusaders, though, are the opponent this Saturday and it will be another test for the young team.

Brown said the Crusaders were a world class team, but like any team if the Hiughlanders could put then pressure and play to the best of their ability, they would be in with a chance.

‘‘They can be put under pressure at times, but it is about being able to execute when they are under pressure. You might only get two or three chances in a game, so you have to take them,’’ he said.

‘‘They are a ruthless team. They score their points, so we have to make sure we score the points when the chances come.

‘‘Everything around our game is on the improve. To me it is no different from 2014 and 2015 when we were trying to build a quality team.

‘‘We are at that stage where things are coming together nicely, but it takes a lot of hard work to get all the plans right and the details right and the players are starting to embrace that, not only individually but as a collective.’’

He said it was too early to tell how close the side was to getting to where it wanted to be, but the ‘‘gun had gone off and we were down the track somewhere’’.

Players were learning how to structure their week to be good players and how to make the most of the whole week before a game.

Brown confirmed young winger Sam Gilbert had torn an anterior cruciate ligament and would be out for nine months.

It was frustrating for Gilbert. Although he had only played two games he had impressed and he would get better. He was signed for next year.

The Highlanders were still working through a replacement, but former All Black Julian Savea was unlikely to be considered.

Brown said Josh Ioane, who was carrying a groin injury, was unlikely to start this week.

The fullback position was likely to change again this week and Brown said they were looking for some stability in the position and someone who could connect the positions of the back three.

The Crusaders confirmed yesterday young loose forward Cullen Grace is out with a broken thumb and it is unclear when he will be back.