Highlanders do not want underdog tag

By Steve Hepburn
0 Comments
The Highlanders are confident they have the ability to do the job in Christchurch on Friday night and do not consider themselves underdogs.

The side began its preparations for the quarterfinal clash against the Crusaders yesterday and should have talisman Ben Smith back for the clash.

Smith was just about ready to go last week against the Waratahs in the final regular-season game but pulled out, not fully recovered from his hamstring injury.

Highlanders assistant coach Mark Hammett said yesterday Smith was better than last week and he was very close to being involved then.

There were no injuries suffered from the victory over the Waratahs in Invercargill.

The Highlanders qualified in the eighth and last place in the playoffs. 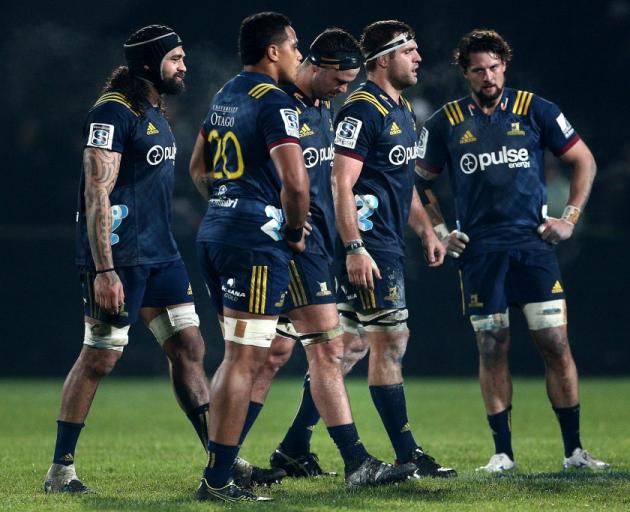 The Highlanders will not be approaching Friday's playoff match against the Crusaders as underdogs. Photo: Getty Images
Hammett said the side was not taking a nothing-to-lose approach to the game and wanted to put its mark on the knockout match.

"We have noticed in the past couple of games we have lifted. Certainly against the Bulls last week we raised it, in defence. Against the Tahs [Waratahs] it was probably the best it has been ... we feel like where we want to play and where we want to get to, we are getting closer.

"We are really focused on how we want to play the game. We know our style and we like to be innovative and bring something new.

"It is not just about winning the game but it is really invigorating for the players at this time of year. We have got a few things we want to do this weekend and concentrate on how we want to play.''

He said intensity was going up for the playoffs and that involved making sure the side looked after the big moments.

The side went to a quarterfinal in Christchurch two years ago and lost 17-0 and Hammett said it was not drawing on that game at all.

When the teams clashed in Christchurch earlier in the year the Crusaders won 43-17.

The Highlanders played well in the first half without getting the points and Hammett admitted the side needs to learn from that by scoring points when it gets near the opposition tryline.

He did not buy into the Highlanders being the underdog.

"We are not feeling like that. Of course we respect them and they deserve their position. We really want to express how we play and what we do.''

The Highlanders are still working through the logistics of getting to Christchurch as Dunedin flights to the Garden City are full this week as students return home after exams finish.