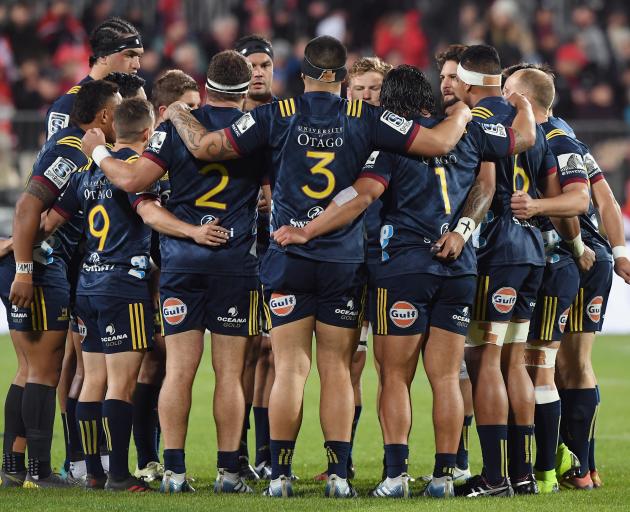 The squad is entering a changing of the guard as more than a dozen players head overseas and new faces are brought in.

Most cleanouts in professional sport come from a new coach coming on board getting rid of players he does not like or wanting to set a standard for the next season.

But the departure of so many at the end of this season for the Highlanders does not come from a spring-clean initiated by those running the show.

They have come from the players simply wanting to get out and gain a lucrative overseas payday.

There could be up to 15 players who head away from the franchise this year and the worry is who is going to replace them.

The World Cup cycle always has an effect on sides as players look to head away to Europe and Japan.

After the 2007 season, the Highlanders, which finished ninth in a 14-team competition that year, had seven players depart from the 15 who took the field in the final game of the season.

Of the 15 players who started the quarterfinal against the Crusaders last Friday night, seven are leaving the franchise.

Ben Smith, Waisake Naholo, Luke Whitelock, Liam Squire, Tom Franklin, Jackson Hemopo and Tyrel Lomax are all heading away. There are others moving on such as Elliot Dixon, Richard Buckman and Tevita Li, while doubts remain about the likes of Ash Dixon and Shannon Frizell.

In 2008, the side was given some leeway by supporters as it was rebuilding. With a host of new faces the Highlanders ended up winning just three out of 13 games.

But things did not get any better for the Highlanders and in the three years after 2007 the side won just 10 of 39 games.

The Highlanders can ill afford that type of record in the next three seasons. Supporters and sponsors follow winning teams and there is less loyalty than there was 12 years ago.

Top quality players do not grow on trees and despite what many people say the player pool in New Zealand is not deep. The declining popularity of the sport among the young is starting to have an impact as is the constant departure of players to overseas clubs.

The Highlanders franchise has signed more than 20 players for next season but has laid off announcing any new signings for next year as it wants to concentrate on playing this season out.

That ended with the loss to the Crusaders last Friday night so supporters are eager to know who is coming.

There had been the suggestion of signing players from the national under-20 squad but they have hardly covered themselves in glory at the world junior championships, finishing seventh, the worst placing of any New Zealand team in the history of the championships.