Koroi on wing for shield defence 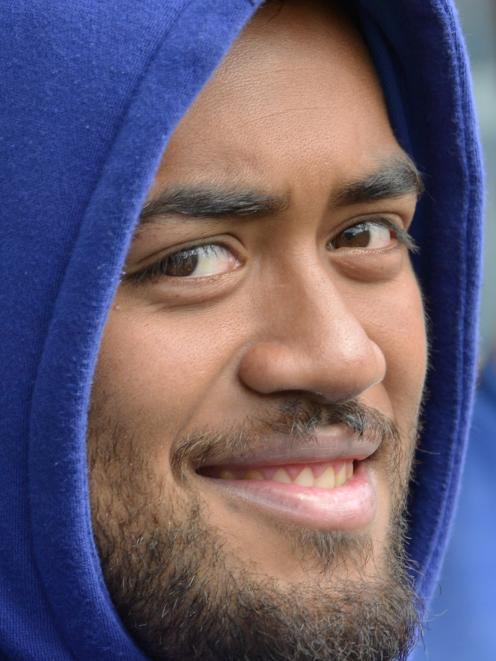 Otago’s Vilimoni Koroi sat out a training session earlier this week but has been named in the side for today’s Ranfurly Shield defence against Canterbury at Forsyth Barr Stadium.PHOTO: GERARD O’BRIEN
He is the star winger, the flying fullback, the fill-in first five-eighth - he is everywhere the ball is.

Otago's Vilimoni Koroi is having quite a season.

He has nabbed six tries - one fewer than his good friend and fellow Otago winger Jona Nareki - and you would have to think he is good for a few more before the campaign is done.

The 21-year-old has been named on the right wing for Otago's Ranfurly Shield defence against Canterbury at Forsyth Barr Stadium tonight.

It is a big occasion. Otago has not defended the Ranfurly Shield against its northern neighbour since August 16, 1950.

If everything goes to plan, Otago will avenge its 8-0 loss from 69 years ago and lock the shield away for the summer.

That would be a mighty achievement and definitely something you would put towards the top of your curriculum vitae.

But Koroi potentially has an even bigger event ahead next year. The All Blacks Sevens player is hoping he will get to stand on the top step and have a gold medal draped around his neck at the Tokyo Olympics.

"It is going to be a big year, so hopefully I make the team for that," he said.

Koroi, who has signed with the Highlanders but will not join the team until 2021, will link up with the All Black Sevens side after the Mitre 10 Cup. But first there is just the small hurdle to get over tonight.

Otago has not beaten Canterbury in 14 years. The Red and Blacks have not been in trademark form this year, so the home team may sense an opportunity.

Otago has lifted for the shield games and playing on the hard and fast track at Forsyth Barr Stadium suits its style.

"The boys are going to be real nervous but it will be a good nervous. They [Canterbury] are coming down to play us at our home ground."

Koroi and Nareki have certainly enjoyed the dry track. They have been the best of mates since they were toddlers.

They grew up in Whanganui and have always enjoyed friendly competition with each other. People have picked up on it. Both are towards the top of the try-scoring list but Koroi has a message for his old buddy.

"He was a couple of tries ahead but now he is only one."

Otago has made three changes to the side which beat Waikato 45-35 on Sunday. Lock Joe Latta was ruled out with a neck injury and has been replaced by Louis Conradie. Halfback Rowan Gouws failed a head injury assessment, which means Connor McLeod will get a start and Green Island's James Arscott will make his debut from the bench.

Steven Misa will start at hooker with Nic Souchon dropping out of the game-day squad.

Canterbury has a menacing-looking tight five, including former All Black prop Owen Franks, and strike power out wide in the form of Josh McKay.