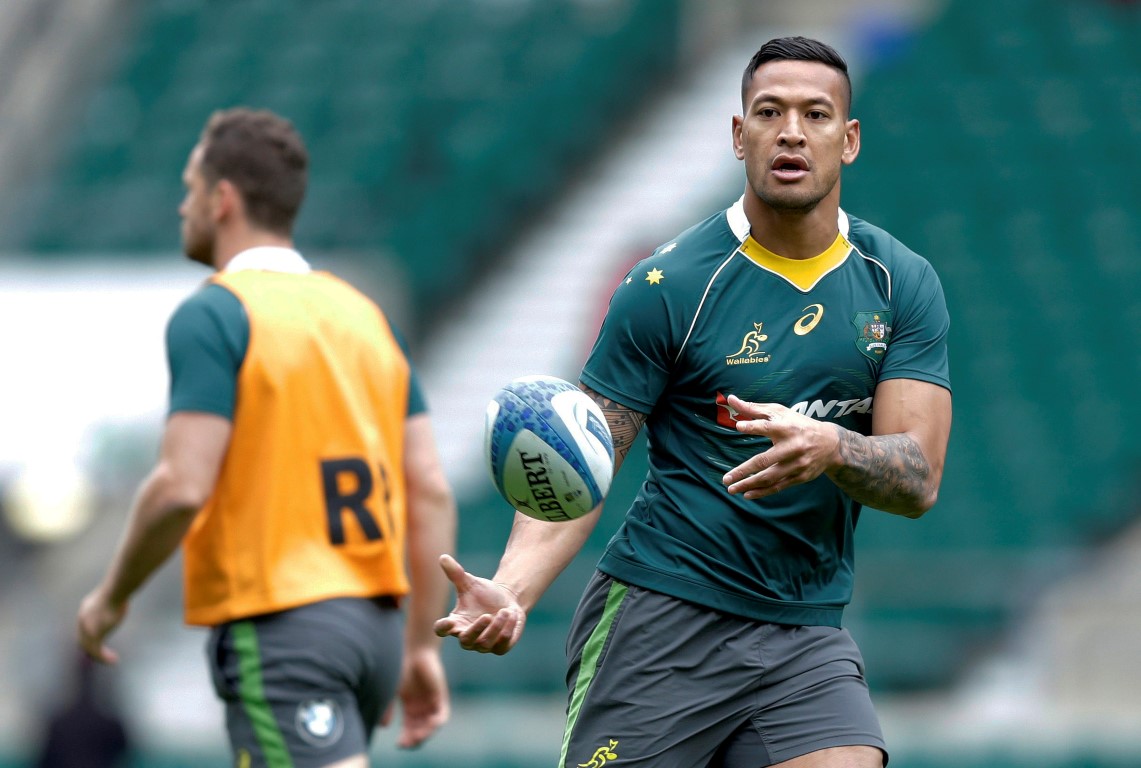 Israel Folau. Photo: Reuters
A fresh fundraising effort for Israel Folau has already amassed over A736,000 in donations, just hours after it was launched by the Australian Christian Lobby.

The organisation relaunched a campaign for the former Wallabies star on their website after Folau's successful GoFundMe page was shut down on Monday.

Folau has been trying to build up a $A3 million war chest from public donations to fund his legal battle against Rugby Australia, (RA) which terminated his $A4 million contract in May this year.

The decision by RA came after Folau posted a biblical passage on social media saying "drunks, homosexuals, adulterers, liars, fornicators, thieves, atheists and idolaters" would go to hell unless they repented.

Folau said he had been the victim of discrimination on religious grounds and set up the GoFundMe page, which raised more than $A750,000 in about four days.

On Monday, GoFundMe took the page down, citing a breach of its terms of service and announcing it would issue refunds to the more than 7000 donors.

"While we welcome GoFundMe's engaging in diverse civil debate, we do not tolerate the promotion of discrimination or exclusion," GoFundMe Australia's regional manager Nicola Britton said.

A spokesman for Folau denied his campaign was not compatible with GoFundMe's terms of service.

"Unfortunately, GoFundMe has buckled to demands against the freedom of Australians to donate to his cause," the spokesman said.

"There appears to be a continuing campaign of discrimination against Israel and his supporters."

ACL confirmed on Tuesday Folau had accepted its offer to host a new online appeal for funds, which will be transferred to a trust account to pay for his legal bills.

"So, please give generously today to help Folau stand for your religious freedoms," ACL managing director Martyn Iles wrote on the site.

Folau has launched legal proceedings with the Fair Work Commission against RA and is seeking up to $A10 million in damages.

More than 95,000 people had signed an online petition calling on GoFundMe to take down Folau's page.