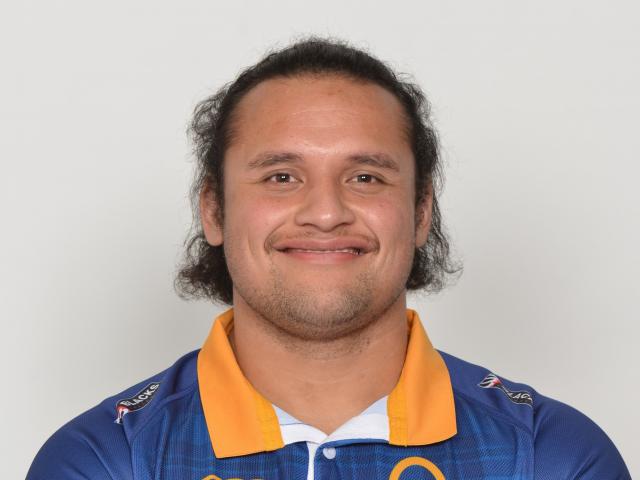 Brighouse has not been sent to Coventry, but signed for the Championship club in England last week.

Brighouse is set to stay at the Midlands club until the end of the season.

A tighthead prop, Brighouse was originally from Wellington but came south in 2014 and has played 49 games for Otago.

He also came off the bench for the Crusaders last year and was part of the franchise for the second half of the season. He was not picked for any Super Rugby sides this year.

The 25-year-old has also played for Samoa but was not picked for his country on its northern hemisphere tour last year.

Brighouse was set to bring up 50 games for Otago last season but was not selected in the last month as Harbour prop Giorgio Bower moved ahead of him in the pecking order, coming off the bench in the final few games.

Bower has since been picked up by the Crusaders as a replacement player in the pre-season.

Brighouse, a former New Zealand colt, is a strong scrummager and has been relatively injury-free during his career.

But with props viewed as ball carriers more and more and some coaches not putting as much emphasis on the scrum, Brighouse may have to grow his game to be considered for the next level.

Coventry is an ambitious club which is looking to make the move up the Premiership but sits mid-table halfway through the season.

Also playing in the Championship is prop Tom Hill, who made his debut for Otago last season.

A former Tasman player, Hill played for Taieri last year and was called into the Otago team.

However, he linked up with Yorkshire Carnegie after the season ended for Otago.

The Yorkshire team is near the bottom of the Championship table.

Sisagi had an impressive year for Otago, starting most games at tighthead in a solid Otago scrum.

His contract with Saracens is due to finish this month. He was signed after Saracens picked up a raft of injuries during a busy period.