Injury list will usher in up to seven Otago bows 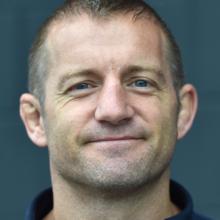 Ben Herring
Otago will field up to seven newcomers in its side to take on Wellington tomorrow, but the season appears to be in the balance for flanker James Lentjes.

Otago has already been hard-hit by injury and have brought in some apprentice players to fill the holes.

Finn Strawbridge will start at first five-eighth with Josh Ioane out with a head knock, while No 8 Dylan Nel will play his first game in blue and gold at this level.

In the reserves, prop Tom Hill, loose forwards Sam Dickson, Sione Misiloi, midfield back Matt Whaanga and outside back Taylor Haugh will all make their debuts for Otago if they get on.

Dickson, Whaanga and Haugh are all part of an apprenticeship programme with Otago, seen as players of promise who will play for the province in the future.

But injury has led to their promotion sooner rather than later. Harbour prop Giorgio Bower is also part of the apprentice programme.

Nel will team with Slade McDowall and Joketani Koroi in what is a green loose forward trio which has just 12 first-class caps between them.

Otago coach Ben Herring said it was exciting to have seven debutants in the side and to have first crack at Wellington.

Wellington was bound to have big ball runners so it was up to Otago to get in and stay strong defensively. If turnovers are won it has the chance to spread the ball, and it has an exciting back three in the form of Josh Timu, Vilimoni Koroi and Jona Nareki.

Sam Anderson-Heather will captain the side.

Herring said Lentjes, who missed the final four games of the Mitre 10 Cup last year because of a shoulder reconstruction, has a prolapsed disc in his neck.

He picked up the injury in the final game of the season for the Highlanders, but continued playing the game out.Herring said Lentjes would undertake some rehabilitation over the next four weeks and he would then be reassessed.

Lentjes would be missed but McDowall is a player of promise, though he had a limited club season because of an ankle injury.

Wellington has rested many of its Super Rugby players, but No 8 Thomas Waldrom is back after years away in England. Rejected All Black Vaea Fifita starts on the blindside where the All Black selectors want to see him.

Waldrom will captain the home side. The weather is expected to be partly cloudy in the capital tomorrow.

The game has a slightly early start time of 2.05pm, which will allow Otago to fly back to Dunedin straight after the game.