Seiuli happy to be back in blue and gold 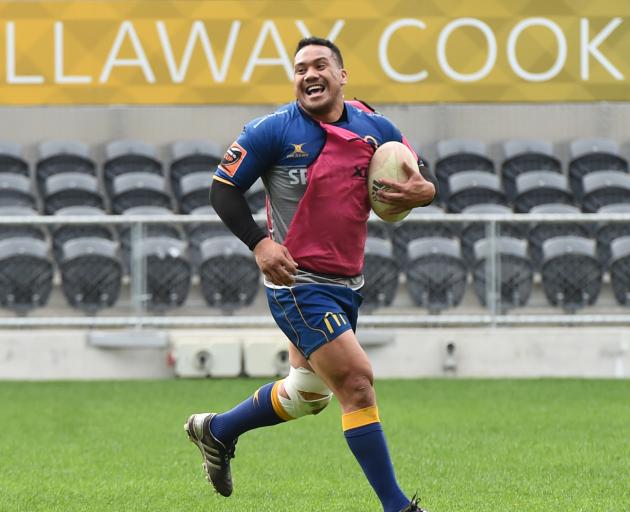 The knee is good.

The new-look Aki Seiuli could not be happier to be back in blue and gold - for one more season at least.

It had been a long layoff for the 26-year-old prop.

After watching the Highlanders from the sidelines, Seiuli made his return during the club rugby semifinals for Taieri last month.

While the match fitness was still coming along, his knee was feeling stable again.

He was appreciating being back for Otago too, knowing it is likely his last season in the south.

''I'm looking to go overseas, that's definitely a yes, but I can't say where,'' he confirmed yesterday.

He was unsure whether he would be back for the Highlanders, as that would depend on this season.

Of course there was the extra motive of having the Ranfurly Shield on the line.

It will be its first Shield defence against Mitre 10 Cup opposition.

Last week had not gone to plan.

The side was outplayed in a 50-7 loss to Bay of Plenty in Tauranga on Sunday.

Seiuli said the loss had hurt and it was important the side learned from it.

However, he felt it was good there was a short turnaround to this week's game.

''Definitely a tough result, it's not the one we wanted to start on.

''It's a good short turnaround.

''With the Shield on the line we get to make up for it.

''There's no better way to make up for it than playing against Southland for the Shield in front of a home crowd and hopefully a full stadium.''

That home crowd will be hoping to see him back at his rampaging best.

A strong ball runner, Seiuli has impressed across 63 games for Otago with his dynamic play around the field.

It will be hoped that is not impacted by his injury.

He admitted there was the odd lingering thought as to whether it was 100% ready to go.

However, once he got on to the field, he was fine.

''You're always going to have that bit of doubt.

''It's more just the build up going into the game.

''You still have it in the back of your mind.

''Once you're out on the field you get that adrenaline and all those thoughts are gone.

''You just play what's in front of you, play your best for the boys and get a good outcome
for the boys.''

As for losing the signature dreadlocks - he decided a new look might help him around the field.

''I thought I'd try it to make me a wee bit quicker, especially with the weak knee.''