Spirit well off the pace in heavy loss to Manawatu 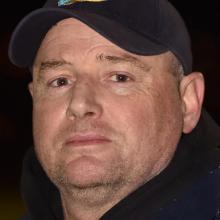 Duncan McEwan.
Otago women’s coach Duncan McEwan acknowledged his side was off the pace as it went down 32-5 to Manawatu in its Farah Palmer Cup match in Palmerston North on Saturday.

Manawatu went in to the fixture match-hardened on the back of four pre-season games compared with Otago’s none, and McEwan said the southern side struggled to adapt to the pace of the game.

"We weren’t really tuned in. That’s what it felt like to me."

Otago was "out-passioned" at the breakdown and could not hold on to the ball for long enough, allowing the slick Manawatu backline too much possession.

The side was down only 8-0 at halftime but a three-try burst in the space of 15 minutes put Otago out of the contest.

"We’d build pressure for three or four phases, then turn the ball over," McEwan said.

"We probably turned the ball over 20 times in that game.

"Then there was that 15-minute period halfway through the second half where our defence fell apart a bit. I think, overall, we were a bit shocked by the level of intensity Manawatu played with."

Otago’s plan was to starve the classy Manawatu backline of ball and it was not hard to see why as the side ran in four tries to one.

"We came back in the last 10 minutes and played well but they had more intensity and more players to the breakdowns."

Otago’s next match is against Canterbury in Dunedin in a fortnight’s time.

It was just Manawatu’s second win over Otago in 10 outings and the side also secured a try-scoring bonus point, with Selica Winiata claiming a hat-trick.

Seven players made their debuts for Otago — four in the starting line-up and three off the reserves bench.