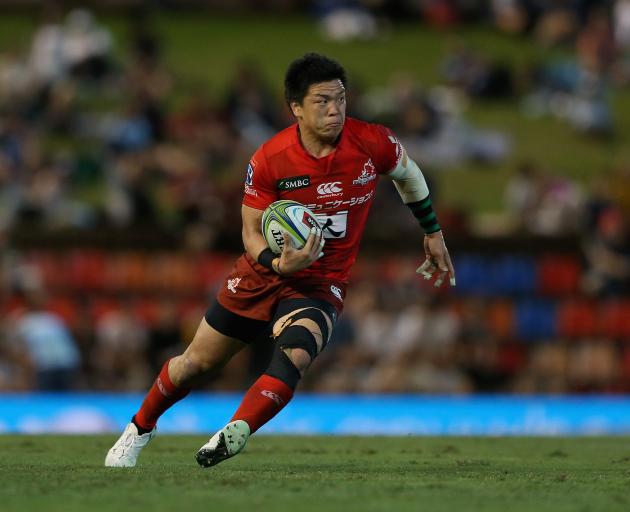 Tatekawa (29) arrived midweek and has not been named in the Otago team to take on Southland in a Ranfurly Shield challenge tomorrow.

Tatekawa has played more than 50 internationals for Japan, last playing for the Cherry Blossoms last year. He has also had a spell playing Super Rugby for the Brumbies.

He can play first five-eighth and midfield.

With Josh Ioane with the All Blacks and other pivot options injured, the Otago coaches have turned to Vilimoni Koroi to play first five-eighth.

Koroi, a playmaker in the sevens game, has limited experience at first five-eighth and his performance in the first-up game last week was mixed.

Tatekawa will be with the side for four weeks and will then return to Japan. Whether he makes the Japanese side for the World Cup is up in the air; he did not make the squad which played in the Pacific Nations Cup.

No more than six foreign players can be named in a match-day squad of 23 for a provincial side.

Ioane could play for Otago again this year but that depends on his involvement with the All Blacks.

Otago coach Ben Herring has made just the two changes to the starting side which lost 50-7 to Bay of Plenty last Sunday. Otago will be looking for a more energetic performance tomorrow.

In the reserves, former All Black loose forward Adam Thomson is included. Matt Whaanga returns from a knee injury. Captain Michael Collins is on the bench after lengthy sidelining due to a groin injury.

Southland is due to name its side today.