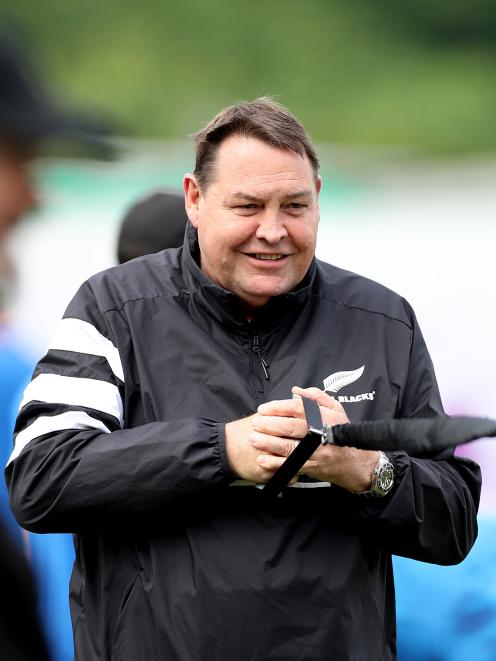 All Black head coach Steve Hansen says there are more important things than rugby. Photo: Getty Images
England and the All Blacks will take clumps from each other in the Rugby World Cup this weekend at Yokohama Stadium. Afterwards, though, their coaches will sit back and share a beer.

Steve Hansen and Eddie Jones swapping text messages before their teams clash is the ultimate contrast to what promises to be a furious semifinal.

"I said `looking forward to seeing you, and win, lose or draw, we'll have a beer afterwards'," Hansen said of the texts he exchanged with Jones.

Hansen last week revealed he caught up with Ireland defence coach Andy Farrell before the All Blacks dished out their 46-14 victory to set up a meeting with England.

Although Hansen enjoys these relationships, it would not surprise if he and Jones trade verbal jibes at some stage this week. Clearly, though, a great deal of genuine mutual respect exists between the two highly regarded mentors.

"You see some of the banter, which is really only to help promote the game as being, `oh, these guys don't like each other', which couldn't be further from the truth. Coaches, regardless of whether you're playing against their team or not, go through the same emotions. You spend a lot of time in the same mental space. It's a game of footy, it's not life or death." 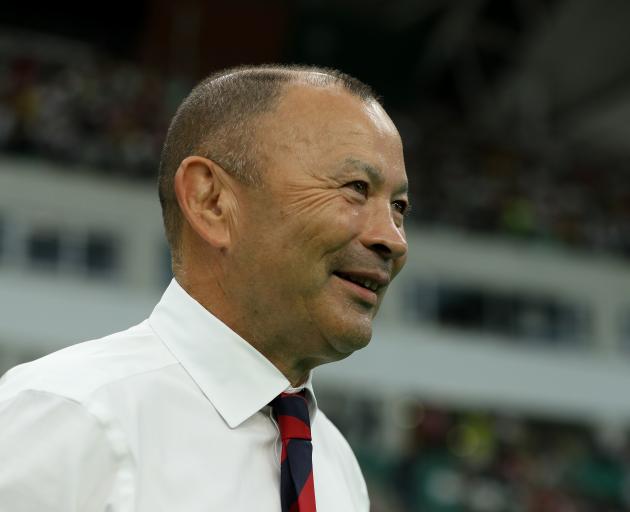 England head coach Eddie Jones. Photo: Getty Images
Asked the reasons why he respects Jones, Hansen said: "His passion - he loves the game. He's got a work ethic second to none - he put himself in hospital when he was here [Japan], he worked that hard. Anyone who loves the game will get my support.

"He's done a fantastic job with England. They've got a harder edge about them.

Hansen emphasised the importance of putting the spirit of rugby above grievances.

"Those of us who have been around long enough understand the game is bigger than everybody else. "One of the greatest things about the game is the camaraderie, not only in your own team but that you get from being involved in a contest and sharing those moments and then moving on to the next one.

"If you look back in time, teams always shared those moments after tests together. It's really important that we don't lose that."