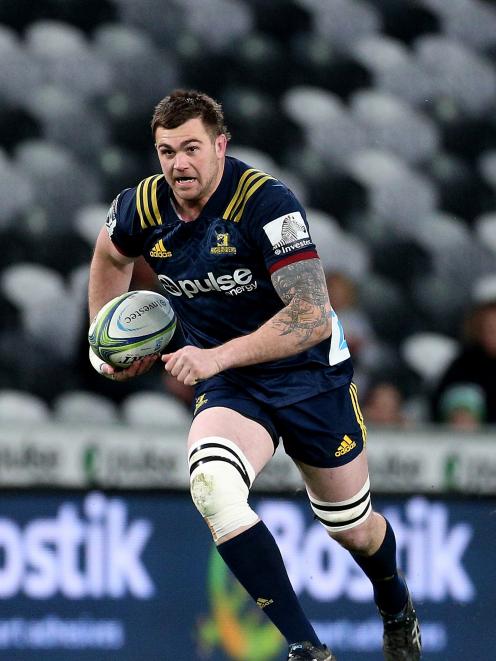 Liam Squire. PHOTO: GETTY IMAGES
Former Highlanders and All Black loose forward Liam Squire is back in New Zealand and may be on the hunt for a Super Rugby contract next year.

Streaming service Rugby Pass reported yesterday the former All Black is unlikely to play this year but could get back on the field next year.

He left New Zealand last year to link up with the NTT DoCoMo Red Hurricanes in Japan.

The Top League season was called off after just six rounds because of Covid-19. Squire managed three appearances for the Osaka-based Red Hurricanes before he suffered a knee injury.

While Squire has well and truly recovered from that speed bump, the extended break brought about due to the global pandemic has now given the loose forward the opportunity to deal with some other lingering problems.

"I actually injured my knee early on in the season but once Covid hit, it was decided I'd return to get it fixed in New Zealand," he told Rugby Pass.

"That was nothing major but during that break, we decided I would also get my hip cleaned out. That's an ongoing injury I've been dealing with and managing for a number of years now so for me, it's a massive relief to finally be able to get my body back to 100%. The downside is that it's come at a cost in that I won't be able to return to Japan."

Japan’s season starts in January but there is a long pre-season.

Squire's career in New Zealand was besotted by injuries. He missed many games and last year was particularly bad as a knee injury impacted greatly on his season. He made it back to the field in the final games of the Highlanders season.

He made himself unavailable for the All Blacks last year.

The extended pandemic-enforced break has finally granted time for Squire (29) to conquer the chronic injuries that has caused problems over the years.

"My goal now is just to get my body feeling 100% and fit again, which is really exciting and motivating for me because I've had these tidy-up surgeries on injuries that I feel have held me back in the past."

"Getting back playing my best rugby is naturally a massive goal. I hope to play here in New Zealand again, all going well, but I can only control what I do and that's working hard to get back to full fitness and hopefully get the chance to play again."