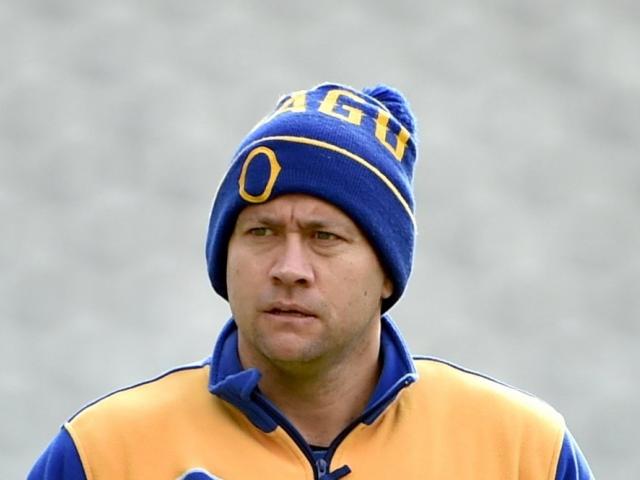 Brown has resigned from his job as high performance and skills coach at the Highlanders and will help coach the Sunwolves in next year's Super Rugby competition.

Brown coached Otago from 2015-17 and then joined the Highlanders for last season.

But he has called it quits to head north and link with the Sunwolves coaching staff as an attack coach.

When contacted in Japan yesterday, Brown said the offer was too good to turn down. He has signed a two year deal with the Sunwolves.

Cory Brown said he was really looking forward to the new role.

''It will be a bit different to what I was doing but it is more aligned with the game stuff ... it is an opportunity that I did not really want to miss out on,'' he said.

''But it was a really tough decision to make as I really enjoyed my time with the Highlanders and learnt a lot with them.''

His family would remain in Dunedin, and he was doing some consultant coaching with the Sanix Top 14 side at the moment.

He had never coached with his older brother before, but felt they shared the same coaching philosophies.

He would be based in Tokyo but would be travelling a lot with the team.

The side was set to be boosted by Japanese internationals.

The high performance and skills coaching role Brown was carrying out was highly specialised and seen as vital for the franchise.

But it was not for everyone, Clark said, and many coaches wanted to get more involved in the game when coaching and looked for other opportunities.

''The job that he was doing we see as a vital part of the coaching staff. If you want to have a game plan then you have to have the skill set to play to that plan,'' Clark said.

Brown would be replaced, but the Highlanders are still working through the process.

The Brown brothers will not lack for company at the Sunwolves next year, with plenty of former Highlanders involved in the side.

Returning to the Japanese franchise for next year are prop Craig Millar, first five-eighth Hayden Parker and centre Jason Emery, while midfield back Phil Burleigh, who played for the Highlanders from 2012-14 before heading abroad, has joined the Sunwolves for 2019 after playing for Canterbury this season.

Harbour midfield back Michael Little, who trained in the Highlanders pre-season for the 2017 year, will also be back at the Sunwolves next year.

Former Northland captain Dan Pryor was part of the Highlanders from 2015-18, though injury limited his appearances in the last two seasons. He shifted to Japan this season to play for Sanix and will play for the Sunwolves next year.