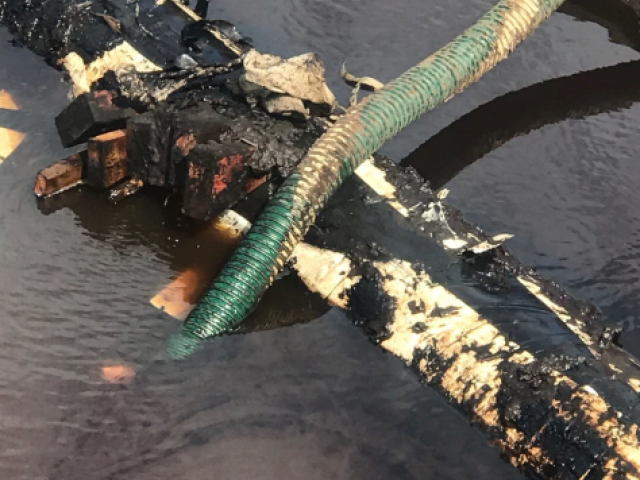 An initial investigation by the Marsden Point oil refinery has found a digger driver searching for swamp kauri caused the critical damage to the fuel pipeline months ago.

Hundreds of dollars are being slashed from the price of international flights.

Prime Minister John Key says he is disappointed that Britain will increase passenger duty for air travellers to New Zealand.

Project Gateway was a bright idea to bolster Dunedin and foster links with the big cities of the east coast of Australia.
Passengers who board the 787 Dreamliner, now almost ready to fly off to Japan, will find some impressive touches.

TransTasman flights out of Dunedin and Queenstown are set to change following an Air New Zealand and Virgin Australia announcement.
Growth in international air travel is likely to cool over the next several months as airlines boost their ticket prices to pay for higher fuel bills, the International Air Transport Association said last week.
I have, of late, spent more time than is usual flying hither and yon in aircraft.
Low-fare airline Jetstar plans to add two new aircraft to its Queenstown fleet.

Travellers are likely to face higher ticket prices after budget airline Pacific Blue announced it would withdraw from the New Zealand domestic market.
Proposed night flights at Queenstown Airport would have "significant and widespread adverse noise effects" for residents in Frankton, Kelvin Heights, Jacks Point and Lake Hayes Estate, a hearing in Queenstown was told yesterday.
Allowing night flights to arrive in Queenstown would boost the Otago economy by $39.4 million a year and create employment for 665 workers, a plan change hearing was told in Queenstown yesterday.

The Boeing 787, or Dreamliner, is likely to be part of your travelling for most of the rest of your life.

That meal you had on the plane might well have been cooked in Dubai. Neal Wallace reports from the largest catering business in the world.

Dunedin International Airport has been given a boost by the confirmation Pacific Blue will add another direct flight to Brisbane later this year.
The dynamics of the airline industry regularly change as competitors search for profits, thus affecting services and airports.

Planes, trains and cars can wreak havoc on your skin. Winds and cold breezes leave the face dry and parched, sun adds wrinkles, humidity leads to breakouts! So what's a girl to do? Dermatologist Dr Jessica Wu provides some advice on how to stay chic while on the go and arrive at your destination on top of your glam game.

Dunedin firms have been sideswiped by the grounding of European flights as New Zealand exporters struggle to get product into European markets because of the volcanic eruption in Iceland.

As travellers scramble to rearrange flights because of a volcanic ash cloud shrouding much of Europe, a Dunedin-based volcanologist is offering some free travel advice - don't risk it.

Wanaka's winter tourism industry is set to receive a "massive" boost with a new charter flight service from Wellington and Christchurch ready to fly into the resort from July 1.