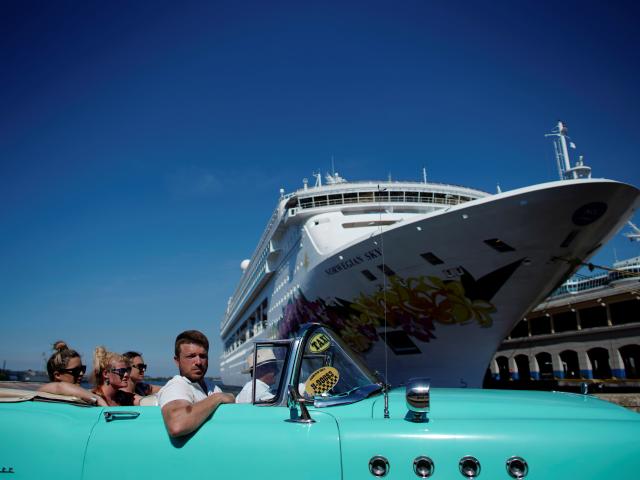 Major US cruise operators said they will no longer sail to Cuba following the Trump administration's ban on travel to the Caribbean island, angering travellers and prompting worries about trip cancellations.

The commission investigating the crash of a Cubana passenger jet that killed 112 people said that reports on what caused it were premature, after the plane-leasing company blamed the crash on human error.

More than 100 people were killed in a fiery crash of a Boeing 737 passenger plane in Cuba, with just three seriously injured survivors in hospital after being pulled from the wreckage, officials and state media said.

Cuba's new president, Miguel Diaz-Canel, began his term with a promise to defend the socialist revolution led by the Castro brothers since 1959 and emphasised the need to modernise the island's economy.

A fireworks explosion seriously injured 22 people, including six children between ages 11 and 15, during a popular Cuban carnival on Christmas Eve, state-run media reported.

The United States on Friday cut its diplomatic presence in Cuba by more than half and warned U.S. citizens not to visit because of mysterious "attacks" that have caused hearing loss, dizziness and...

Five Republican senators called on Friday for Washington to retaliate for an alleged sonic attack, inaudible to some human ears, on U.S. personnel in Cuba by expelling Cuban diplomats and possibly...

Hurricane Irma strengthened and made landfall in Cuba as a Category 5 storm, as millions of Florida residents were ordered to evacuate after the storm killed 21 people in the eastern Caribbean.