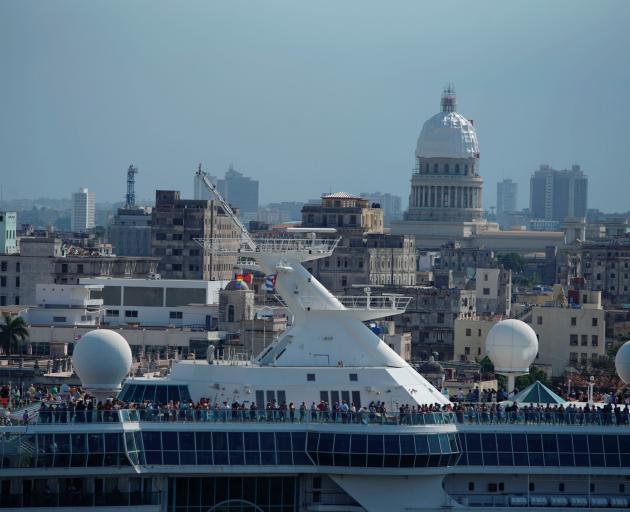 Major US cruise operators said on Wednesday they will no longer sail to Cuba following the Trump administration's ban on travel to the Caribbean island, angering travellers and prompting worries about trip cancellations and company earnings.

"Due to changes in US policy, the company will no longer be permitted to sail to Cuba effective immediately," Carnival Corp said.

A spokesman for Norwegian Cruise Line Holdings Ltd said the company had ceased all calls to Cuba and was modifying previously scheduled sailings.

The US State Department said on Tuesday the country would no longer permit visits to Cuba via passenger and recreational vessels, including cruise ships and yachts, as well as private and corporate aircraft.

American Airlines Group Inc, JetBlue Airways Corp and United Airlines, which started flying to Cuba in 2016, said they were reviewing the revised regulations.

Delta Air Lines Inc said it had stopped accepting bookings to Cuba under the so-called people-to-people license as of midnight on June 4. Customers who booked under the exemption before that time will be allowed to travel. 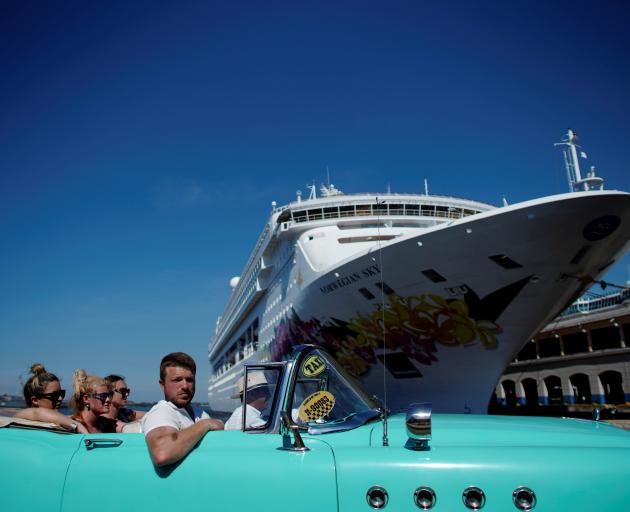 Tourists ride in a vintage car next to a cruise ship docked in Havana. Photo: Reuters

"The reduction in the number of travellers will probably mean the end of US commercial air flights from places outside Florida because there won't be sufficient demand to fill regular flights," said William LeoGrande, a Cuba expert and a professor of government at American University.

The ban was effective as of Wednesday, the US Commerce Department told Reuters, giving cruise lines no grace period to change destinations and sowing confusion among cruise passengers.

Both Carnival and Royal Caribbean said they would stop at different non-Cuban ports and would offer compensation to travellers.

Carnival said the guests currently aboard its Carnival Sensation cruise that set sail on June 3 would now stop in Mexican island Cozumel on Thursday instead of Havana. The company said the guests would receive a $100 on-board credit for the inconvenience.

"We are working as quickly as possible to secure alternative itineraries for the remainder of our Cuba voyages and expect to have information for sailings further out in the next 2-3 days," Carnival said. It has three cruise lines that sail to Cuba.

Royal Caribbean said all cruises on the 'Majesty of the Seas' and 'Empress of the Seas' this year will have alternative ports in the Caribbean. It is also working on alternate itineraries for 2020 sailings.

Guests can cancel their current booking for a full refund, or can keep their sailing date with a new itinerary and receive a 50% refund, Royal Caribbean said.

On Tuesday, Royal Caribbean said its ships sailing Wednesday and Thursday would no longer stop in Cuba.

Travellers took to Twitter to vent their anger and frustration over the forced changes in their vacation plans.

"Has anyone's cruise to Cuba from @CruiseNorwegian been rerouted yet? If so where did they change the port of call to? Im (sic) booked for July and PISSED! Thanks Trump!" tweeted Sabrina Carollo @superbri_22.

Susan Berland, a parenting coach from Huntersville, North Carolina, said she was enraged that a vacation designed around visiting Cuba had been upended by the Trump administration.

"To say I'm angry is an understatement. This whoe [sic] cruise was chosen around going to Cuba and now we can't," tweeted @SusanBerland.

Cuba accounts for a small percent of sailings at about 4% for Norwegian Cruise, about 3% for Royal Caribbean, and about a percent for Carnival, Wolfe Research analyst Jared Shojaian wrote in a note.

Shojaian said that while cruise lines can easily swap a Cuban port for another non-Cuban port, guests may have purchased the itinerary entirely for Cuba.

"That means cruise lines may need to issue refunds or future cruise credits to compensate guests, which makes forecasting the earnings impact to 2019 even harder, and potentially more of a headwind," he said.

Shares of Norwegian Cruise closed down 3.5%, while Royal Caribbean and Carnival ended about 3% lower.