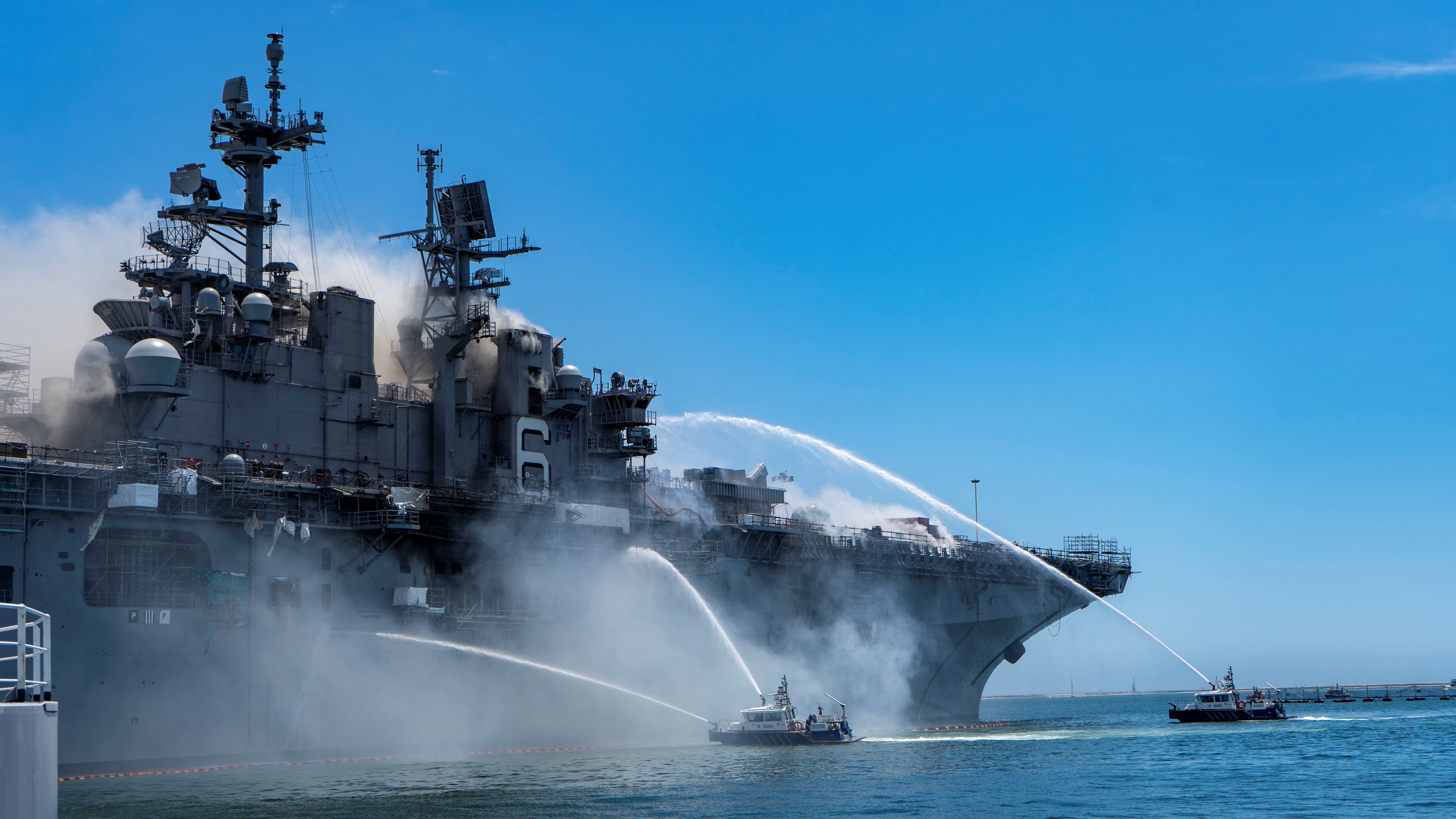 Boats combat a fire on board the U.S. Navy amphibious assault ship USS Bonhomme Richard at Naval Base San Diego. Photo: Reuters
Hundreds of firefighters battled through a second day from the air, land and water on Monday (local time) to save a US war vessel swept by flames while moored at a San Diego shipyard, as the number of sailors and civilians injured in the blaze rose to nearly 60.

The USS Bonhomme Richard, an amphibious assault ship whose size ranks second in the US Navy fleet to that of an aircraft carrier, remained largely shrouded in thick, acrid smoke on Monday as the vessel began listing to its starboard side.

The fire, accompanied by at least one large explosion, erupted Sunday morning in the lower cargo hold of the 257 meter-long ship, docked for routine maintenance at its home port at US Naval Base San Diego.

Since then, flames have spread upward throughout much of the ship and into the tower and other structures on the top of the vessel, Rear Admiral Philip Sobeck told a late-morning news conference.

Because it was undergoing repairs at the time, only about 160 of the ship's usual contingent of 1000 crew members were aboard at the time, and all major munitions had already been removed from the vessel as a standard safety practice, Navy officials said.

Helicopters dropped water over the ship throughout Monday while fire boats on the perimeter streamed water on the hull to cool it from the outside. San Diego fire crews discontinued blasting water into the ship from shore, apparently out of concern for destabilising the vessel's buoyancy.

Asked whether the ship might be burned beyond repair, Sobeck said he was "hopeful" it could be spared. "Once we get the fire out, which is our priority, then we'll make that assessment."

The fire's cause was unknown, but a Navy spokesman told Reuters there was no evidence of foul play. The Navy said 36 sailors and 23 civilians had been treated for minor injuries, including heat exhaustion and smoke inhalation, and no personnel remained hospitalised.

The Bonhomme Richard, commissioned in 1998, is designed to carry US Marine Corps attack helicopters and ground troops into battle. 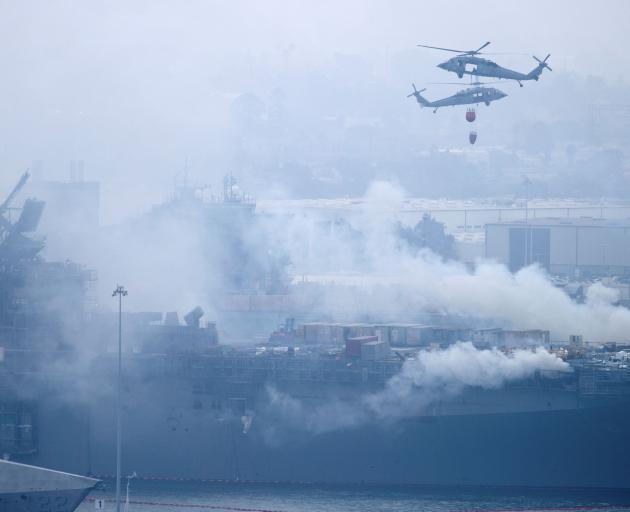