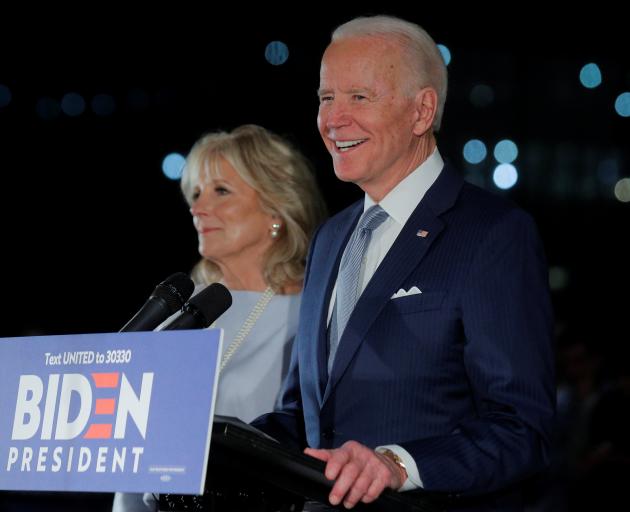 Biden, the former vice president under Barack Obama, also captured Missouri and Mississippi on a day when six states made their choices in the race to pick a challenger to Republican President Donald Trump.

The wins on Tuesday put Biden, 77, on a path to the nomination to face Trump in the November 3 election, while effectively closing the path for Sanders, 78, who had been hoping for an upset win in Michigan to keep his dwindling White House hopes alive.

Sanders' disappointing performance in a state that he won in the 2016 Democratic primary will increase pressure on the democratic socialist and senator from Vermont to exit the race and help Democrats prepare for a bruising general election campaign against Trump.

Speaking in Philadelphia, Biden thanked Sanders and his supporters for their passion and made an appeal for party unity.

"We share a common goal and together we'll defeat Donald Trump," he said.

Sanders, who returned home to Vermont on Tuesday night, did not plan a public statement.

With 61% of precincts reporting, Biden was leading in Michigan with 53% of the vote, versus 39% for Sanders. Edison Research projected the primary turnout of 1.7 million would surpass the 1.2 million who voted in 2016. 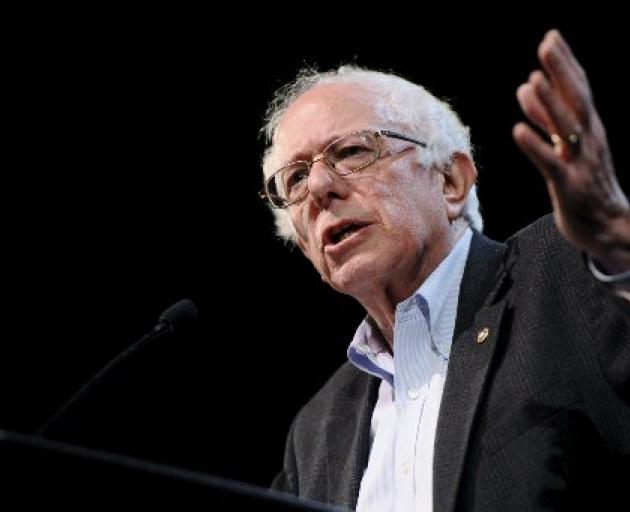 Michigan was the most competitive of the six states that held nominating contests on Tuesday, that also included Washington, North Dakota and Idaho. With 125 delegates, it offers the largest number of the minimum 1,991 delegates a candidate needs to secure the nomination outright.

It also is a crucial battleground state that Trump won by just over 10,000 votes, an unexpected victory that along with wins in Pennsylvania and Wisconsin propelled his ascent to the White House.

The Biden breakthrough in Michigan, along with his dominant victories in Missouri and Mississippi, could be too much for Sanders to overcome. By the end of March, about two-thirds of the delegates will be allocated.

"The math says Joe is our prohibitive nominee. We need to bring the party together," former presidential candidate Andrew Yang said on CNN as he endorsed Biden.

Voters across the states that voted on Tuesday said they trusted Biden the most to handle a major crisis by roughly 2-to-1 over Sanders, exit polls by Edison Research showed, a possible sign that the fast-spreading coronavirus helped increase Biden's appeal as a steady and experienced hand.

In Washington, the state hit hardest by the coronavirus and the second-largest state to vote on Tuesday, eight in 10 voters voiced concern about the outbreak's effects, with a plurality supporting Biden, according to the polls.

Biden was powered to victory on Tuesday by strong support from a broad coalition of groups, including women, African Americans, those aged 45 and older, union members and all but the very liberal, according to exit polls.

In Michigan, he performed well with union members and working-class white voters, two groups that helped Sanders to an upset victory of Hillary Clinton in the state in 2016 but did not turn out as strongly for him this time despite Sanders’ economic populism and his call for universal healthcare.

Sanders won large majorities of voters under 30 years old in Michigan, Missouri and Mississippi, yet that group had a smaller impact on the results this year. Voters between 18 and 29 made up 12% of the Democratic primary electorate in Missouri, 10% in Mississippi and 15% in Michigan, down at least 4 percentage points in each state from 2016.

Biden, who had touted the Obama administration's decision to bail out the state's dominant auto industry, made a morning campaign stop on Tuesday at Detroit's first new auto assembly plant in decades, owned by Fiat Chrysler Automobiles NV .

"Unions built the country," Biden shouted through a bullhorn. "You're the best damn workers in the world."

Sanders had attacked Biden for his support for international trade deals like the 1994 North American Free Trade Agreement, which is unpopular in Michigan where workers say it cost the state jobs. But the argument appeared to make little headway in a party that seemed to have made up its mind about Biden.

As in earlier states, Biden's support was especially strong among black voters. In Mississippi, where two-thirds of the electorate was African American, Biden won more than eight of every 10 black voters.

A total of 352 of the nearly 4,000 delegates to July's Democratic convention were up for grabs in the six states voting on Tuesday.

So far on Tuesday, Biden had won 85 delegates to Sanders' 31. That gave him an overall lead over Sanders of 713-576 in the race for the 1,991 delegates needed for the nomination.

Two of the largest Democratic Super PACS said they were going to begin working for Biden. American Bridge President Bradley Beychok announced the group’s planned a $2.2 million ad buy in Pennsylvania for Biden.

"The math is now clear. Joe Biden is going to be the Democratic nominee," Priorities USA Chairman Guy Cecil said on Twitter, saying the group would "do everything we can to help him defeat Donald Trump."

Both candidates called off planned rallies in Cleveland on Tuesday because of concerns over the coronavirus outbreak, which has rattled markets and prompted Democrats to criticise the Trump administration's response.

The campaigns said they were following guidance from Ohio public health officials. Until now, Democratic candidates as well as Trump, 73, have largely continued to hold large-scale events despite the outbreak.