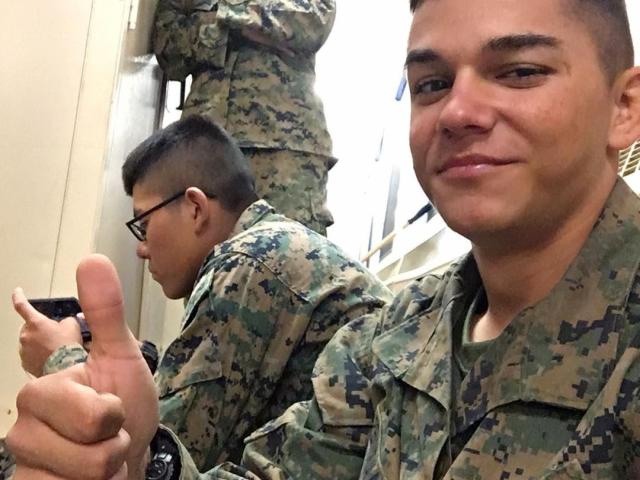 Steve Nikoui had been glued to TV reports on Thursday, desperate for hints his son, Lance Corporal Kareem Nikoui, survived the deadly airport suicide bombing in Afghanistan when three Marines...

President Donald Trump has announced conservative appellate judge Amy Coney Barrett as his third US Supreme Court appointment, setting off a scramble in the Republican-led Senate to confirm her before Election Day.

A defiant President Donald Trump accepted the Republican nomination for a second term on Thursday with a blistering attack on Democratic rival Joe Biden.

US President Donald Trump said that his younger brother, Robert Trump, died on Saturday night, a day after the president visited him in a New York hospital.

Democratic presidential candidate Joe Biden has tapped Senator Kamala Harris as his choice for vice president, making her the first woman of Black or Asian descent to be on a major party presidential ticket in US history.

Hundreds of firefighters battled through a second day from the air, land and water to save a US war vessel swept by flames while moored at a San Diego shipyard, as the number of people injured in the blaze rose to nearly 60.

The governor of Texas temporarily halted the state's reopening on Thursday as Covid-19 infections and hospitalisations surged and the country set a new record for a one-day increase in cases.

Makers of household cleaners on Friday took the unusual step of urging people not to drink or inject their products, after US President Donald Trump suggested researchers try using them to cure...

The United States surpassed Italy on Saturday as the country with the highest reported coronavirus death toll, recording more than 20,000 deaths since the outbreak began, according to a Reuters tally.

A tiger at the Bronx Zoo in New York City has tested positive for the respiratory disease caused by the novel coronavirus, in the first known case of a human infecting an animal and making it sick, the zoo's chief veterinarian says.

The US has surpassed China and Italy as the country with the most coronavirus cases, according to a Reuters tally, as New York, New Orleans and other hot spots faced a surge in hospitalisations and looming shortages in supplies, staff and sick beds.

A Washington state man in his 50s with underlying health issues became the United States' first fatality from the coronavirus, officials said on Saturday, as the Trump administration stepped up...

The United States have signed a deal with Taliban insurgents that could pave the way toward a full withdrawal of foreign soldiers from Afghanistan and represent a step toward ending the 18-year-war in the nation.

President Donald Trump has been acquitted in his U.S. Senate impeachment trial, saved by fellow Republicans who rallied to protect him.

A magazine advice columnist who is suing Donald Trump for defamation for denying he raped her about 24 years ago wants him provide a DNA sample to see if he came into contact with the dress she said she wore.

Protests erupted across Iran for a second day on Sunday, piling pressure on the leadership after the military admitted it had mistakenly shot down a Ukrainian airliner at a time when Tehran feared US air strikes.

A chain-reaction crash involving a tour bus, three tractor-trailers and a passenger car killed five people and injured about 60 others on the Pennsylvania Turnpike early on Sunday, state police said.

Boeing is temporarily halting 737 production in January for the first time in more than 20 years as the grounding of its best-selling MAX after two fatal crashes looks set to last well into 2020.

House of Representatives Speaker Nancy Pelosi said on Thursday she has directed a House committee to draft articles of impeachment against US President Donald Trump, a historic step that sets up a...