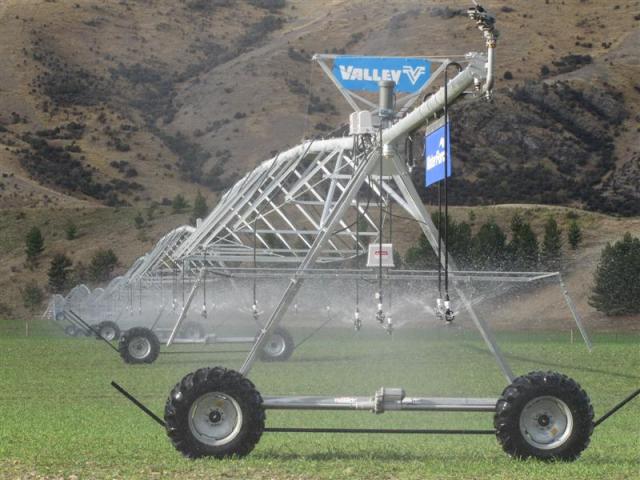 The words "back office" and "sharing" have generated fear among public service employees in recent times, but Otago Regional Council chief executive Graeme Martin says it should not when he talks about links with Environment Canterbury.
Environment Canterbury is proposing no increase in its overall rates take for the next financial year.

Environment Canterbury has appointed a new chief executive, Bill Bayfield, who is at present chief executive of Bay of Plenty Regional Council and will take up the new position in June.

The cost of flood damage in the lower Waitaki River has risen after an inspection by Environment Canterbury (ECan) Timaru-based river engineering staff this week, an issue that will have to be addressed by ratepayers along the river.
A committee which will help Environment Canterbury (ECan) manage water in the lower Waitaki catchment and Waitaki district will be chaired by Glenavy farmer Robin Murphy.
People in small boats on Waitaki lakes and rivers are being advised to practice getting used to wearing life jackets this summer before a new bylaw is introduced on April 1.
A new committee which will help manage water in the lower Waitaki River catchment and Waimate district, has been allocated $100,000 per year for five years to help fund biodiversity projects.

The latest National Institute of Water and Atmospheric Research report on the state of our lakes bears disappointing tidings.
Swimmers and other rivers users have been warned to watch for toxic algae growths in Canterbury rivers following recent periods of warm weather and declining river flows.
New deadlines have been set so an Environment Canterbury (ECan) hearings panel can make a decision on 110 resource consents applications for water, mainly for irrigation, from the upper Waitaki catchment above the Waitaki dam.

Farmers wanting more water for irrigation from the upper Waitaki catchment are working through issues associated with 110 resource consent applications, but the process is taking longer than expected.
Canterbury farmers, and those in the Waitaki Valley, have been warned to check about water restrictions as the new irrigation season begins.
A major party involved in hearings on 110 applications to use water, mainly for irrigation, in the upper Waitaki catchment has had no contact with the applicants over conditions on any resource consents that may be granted.
Six people have been appointed to a new committee meant to ensure the community has more input into the use of water in the lower Waitaki catchment and Waimate district.
The organisation leading Canterbury's civil defence efforts in the wake of the 7.1-magnitude earthquake on September 4 and the aftershocks is itself facing millions of dollars of costs.

Geological issues have led to a rethink of a proposed major new power scheme on the lower Waitaki River.
Canterbury's water management has reached a significant milestone with the appointment of community representatives to the regional committee of the Canterbury Water Management Strategy.