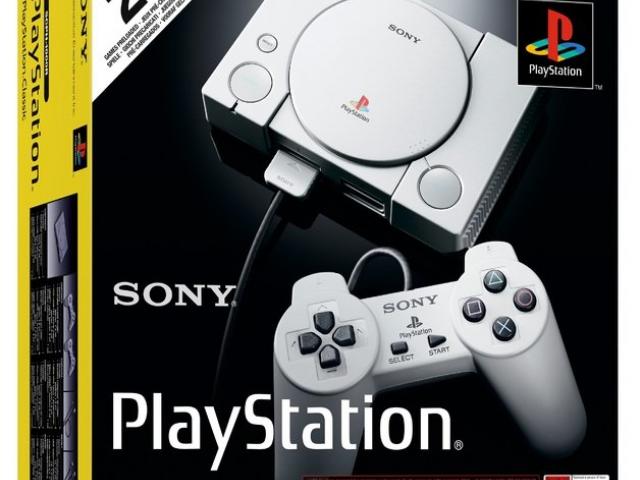 The PlayStation Classic is Sony’s answer to Nintendo’s mini NES and SNES systems that have proved very popular.

Many unnatural forces have stepped in the way of Lara Croft before, and this time it’s the Mayan apocalypse.

My challenge this week is to review one of the two major football game releases without mentioning the other game.

Four wheels good, two wheels bad? That is probably an exaggerated summary of the respective treatment of motorsport disciplines in the video game industry, but it is not wholly inaccurate.

David Cage and Quantic Dream, the team behind 'Heavy Rain' and 'Beyond: Two Souls' , are earning a reputation for creating divisive games. Their latest effort, 'Detroit: Become Human', is no exception.

Ever fancied being a pirate? Sailing the seven seas looting and pillaging as you go? Here’s your chance.

There are really no major problems with 'Gravel', the latest offering in the seemingly endless off-road arcade racing genre.

A buzzword for video game reviewers — and, let’s face it, I have probably used this word in 90% of my reviews over the past two decades — is ‘‘immersive’’.

Reuben Henderson spent his summer reviewing nindies (Nintendo indies) to see if the Switch lived up to its promise as the indie console to own. This week he reviewed 'Deer God', 'Thimbleweed Park' and 'Night in the Woods'.

After almost a year on the market, the Nintendo online store is a menagerie of fine indie gems. While others soaked up the sun, Reuben Henderson spent his summer reviewing nindies (Nintendo indies).

For years, the Lego games have piggybacked off other companies' franchises. They remade Star Wars with a video game's distinctive brand of humour and the Indiana Jones offerings have been the best since, well, forever.

When most people think of what the best looking games are these days, Crysis almost always comes up.

Thirty years ago, revered designer Ron Gilbert, of Monkey Island and Maniac Mansion fame, had an idea for an adventure game and on January 23, 2013, it finally came to life.

When the first Prototype was released in 2009, it did a lot of things right: Traversing the towering skyscrapers of New York City, stealing the identity of anyone you see and forming weapons out of your character's grotesquely morphed appendages. It fell short in many ways as well, but Prototype 2 feels like a well-heard response to fan feedback, addressing nearly every issue from the original.
To really understand StarDrone Extreme is to see it in action rather than read about it on paper, because while it combines things we've all seen before (a touch of pinball, a touch of Breakout and a touch of Spider-Man-style web slinging physics), putting into words how it all comes together doesn't do justice to the unwieldy, but very satisfying way these elements collide.

There is nothing particularly wrong with this game - it's just that it has all been seen before.

The Resident Evil series is often recognised as having re-invented survival horror and brought it into the next generation, with its revolutionary Resident Evil 4.