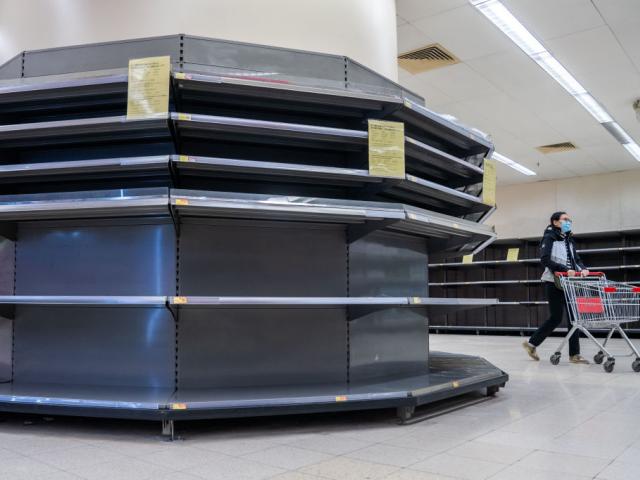 Knife-wielding robbers in Hong Kong stole 50 packs of toilet paper rolls from a supermarket delivery man, in a sign of the times for a city worried by the coronavirus outbreak across the causeway in mainland China.

Record numbers of Hong Kong people voted on Sunday in district elections viewed as a barometer of support for city leader Carrie Lam, who has been besieged by nearly six months of often violent pro...

Dunedin resident Jacqui Margetts (27) is in Hong Kong among the rubble and tear gas of the increasingly violent struggle between police and protesters.

Hundreds of pro-China protesters rallied in Hong Kong on Saturday to denounce increasingly violent anti-government unrest in the Chinese-ruled city and support the police who have become a prime...

Hong Kong anti-government protesters crowded a shopping mall in running clashes with police on Sunday during which a man with a knife slashed several people and apparently bit off part of a local...

I have been watching the events in Hong Kong unfold with a personal interest as it is a place that is close to my heart, writes Dunedin woman and Hong Kong resident Jacqui Margetts.

Hong Kong has seen its worst downturn in visitor numbers since the 2003 panic following an outbreak of SARS.

Hong Kong protesters plan to block one of the world's busiest airports on Saturday after a night of violence in which police used tear gas and rubber bullets to break up crowds.

Tens of thousands of people took to the streets in Hong Kong on Sunday dressed in black to demand the city's embattled leader steps down, a day after she suspended an extradition bill in a dramatic...

Hong Kong leader Carrie Lam has indefinitely delayed a proposed law to allow extraditions to mainland China, in a dramatic retreat after widespread anger over the bill sparked violent protests in the Asian finance hub.

One woman was killed and three other people wounded in a shooting at a Hong Kong park next to a busy shopping centre, a rare gun attack in a city ranked as one of the safest in the world.

Hong Kong's next leader said she would work to rebuild "social harmony" and push economic development while announcing a new cabinet with few new faces to govern the financial hub.